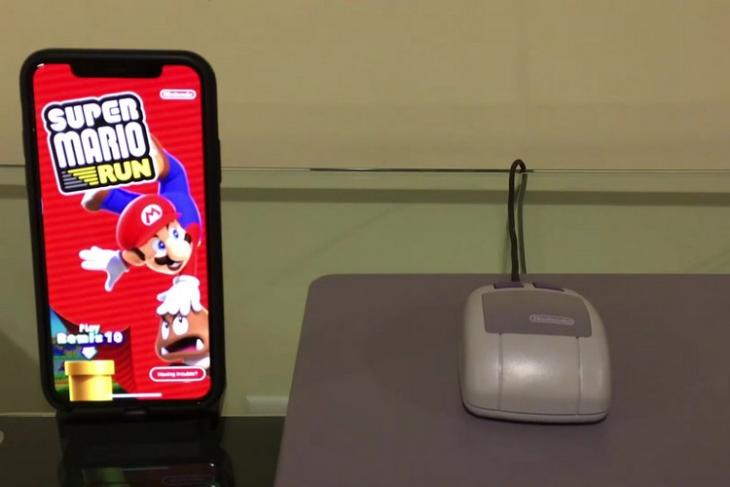 At this point in time, every gaming enthusiast (and hacker) has heard about the Japanese gaming console manufacturers and video game developers, Nintendo. However, apart from making games and consoles, the company also manufactures advanced peripherals. So, how many of you know that the company sold a mouse way back in 1992 as a part of the Super Nintendo Entertainment System (SNES)? And would you believe it if I tell you that the SNES mouse still works with your latest iPhone that came out just last year?

Well, I also did not believe it until I recently saw a YouTuber play “Mario Run” on an iPhone X (I guess) with the mouse that came almost 18 years ago.

The feat was achieved by a guy who runs a channel on YouTube going by the name “Will It Work?”. According to the video, the man is an Apple “sheep” when it comes to computers and mobile devices and a Nintendo enthusiast.

So, in a recent video, the man carried out a test to see if the Nintendo mouse that released way back in 1992 will work with the current-gen iPhones. And surprisingly at the end of the video, we can see the man playing “Super Mario Run” by clicking the 1992-mouse from Nintendo. 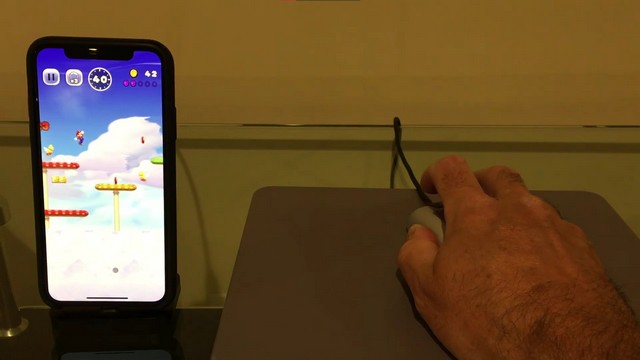 Coming to the “Super Nintendo Mouse”, according to the host, Nintendo sold it bundled with an educational painting program called the “Mario Paint”.

Now, as the mouse is kind of a retro device, more like Nintendo’s PlayStation, finding the right adapter to connect it to iPhones is really difficult. However, after a good search, the man found a Canada-based seller who allegedly has every type of Nintendo adapters.

So, he got the necessary adapter to connect the mouse to his iPhone from the seller. And in the video, we can see the man successfully connect the mouse and operate his iOS device with it. After the successful connection, he played a few rounds of “Super Mario Run” using the “Super Nintendo Mouse”.

You can check out the full 8-minute video right below.