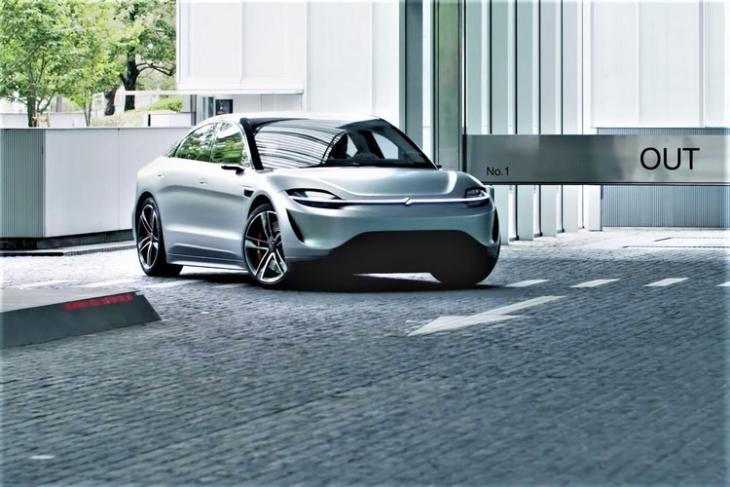 Sony, the Tokyo-based electronics giant, works on a lot of electronic products ranging from high-end gaming consoles to advanced camera sensors. However, the company turned a lot of heads with the surprise unveiling of its concept car, the Sony Vision-S, in CES 2020. Now, the company might finally start testing the car on public roads in the near future.

When Sony unveiled the Vision-S in CES earlier this year, the company said that they won’t bring the car to the public roads. At that time, Sony CEO Kenichiro Yoshida said, “This prototype embodies our contribution to the future of mobility,”. According to the company, the car was just a showcase for Sony’s work on automobiles.

However, recently, the company released a video on YouTube showing the Vision-S arriving at a Sony facility in the company’s home city of Tokyo. The description of the video reads, “VISION-S Prototype has arrived in Tokyo for advancing our sensing and audio technologies. The prototype vehicle is also currently under development for public road testing this fiscal year.”. You can check out the video right below.

So, going by the description of the video, the company is clearly not letting the Vision-S stay as a concept car. Rather, the company is working hard on the automobile by improving its capabilities and adding more features.

Moreover, with the release of the above video, Sony actually confirmed that they are readying the car for the initial tests on public roads. And that could happen as soon as this year or early 2021.

So, two to three years down the line, you might catch glimpses of the Vision-S on the road while walking your dog or going to the grocery store.