Beebom
Home Alternative 10 Sites (and One App) Like Craigslist for Buying and Selling Used...

Craigslist is the king of ‘buying-and-selling old stuff online’ websites. Just about every city in the US and Canada has a specific area on the site, and countries around the world also have entries. But Craigslist isn’t the only site out there, and sometimes it might not be the best choice for buying or selling used things. There are a lot of other options out there, and many of them have advantages over Craigslist for certain areas or items. 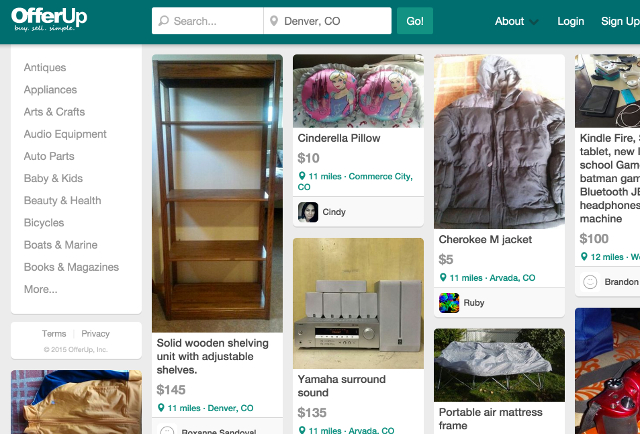 One of the coolest features of OfferUp is that it has native Android and iPhone apps that not only let you browse currently available items, but also allow you to communicate securely with buyers and sellers. OfferUp is committed to creating a safe and trustworthy marketplace, so they offer an ID verification service that will guarantee to other users that you are who you say you are. The app will also show you if you have any Facebook friends in common, making the transaction an even more secure experience. 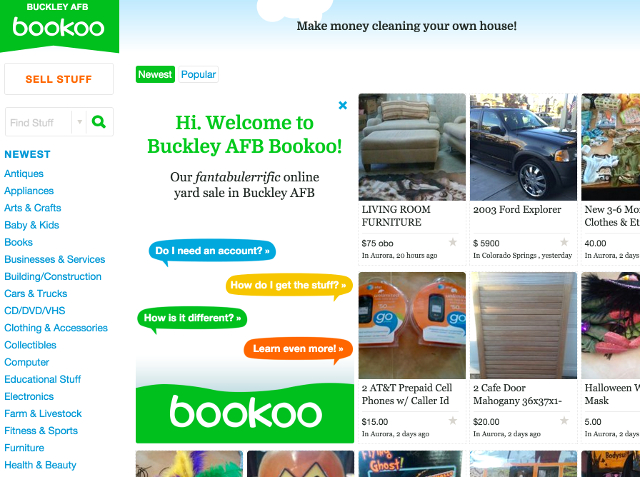 Very similar to Craigslist, Bookoo has sites for different cities around the country that let you find things for sale near you. While there aren’t as many different areas represented as you can find on Craigslist, there are almost 2,000,000 users of the service, and its reach is expanding. Bookoo also offers more information about sellers, letting you upload a bio and telling others what you tend to sell, so you can get a better idea of who you’re dealing with. 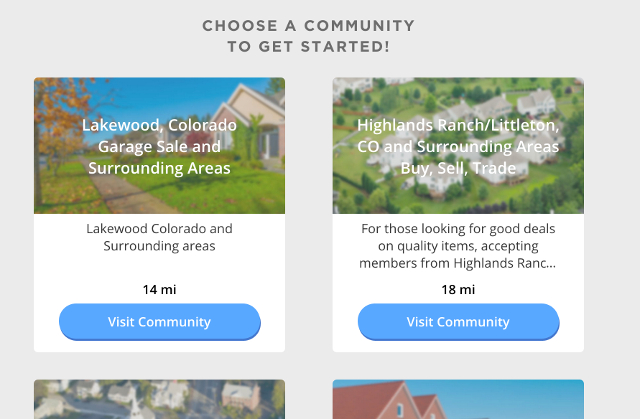 Differentiating itself from many other sites, VarageSale combines online and offline social communities with buying and selling. Users join groups that include others from their local area, and then do business within the group—this ensure that you’re dealing with people who are close to you, and makes it easy to establish longer-term buying/selling or trading relationships with people. There are also interest-based groups, where people sell specific items. VarageSale also has Android and iOS apps. 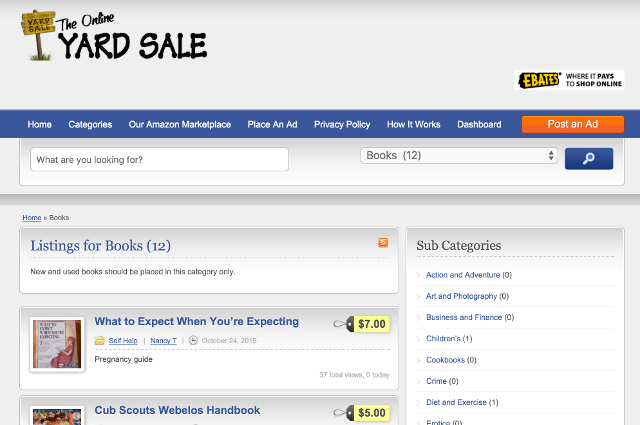 Much like VarageSale, The Online Yard Sale tries to create the feeling of browsing a yard sale in your neighborhood—but lets you connect with people from all over. From riding lawnmowers to books, people will post all of the things that they’d usually sell at a garage sale. Some of the larger items will be pick-up only, but if you work with a seller, you could probably get them to ship a product to you (if you pay for the shipping, of course). There aren’t as many listing on this website as others, but you can expect it to grow quickly. 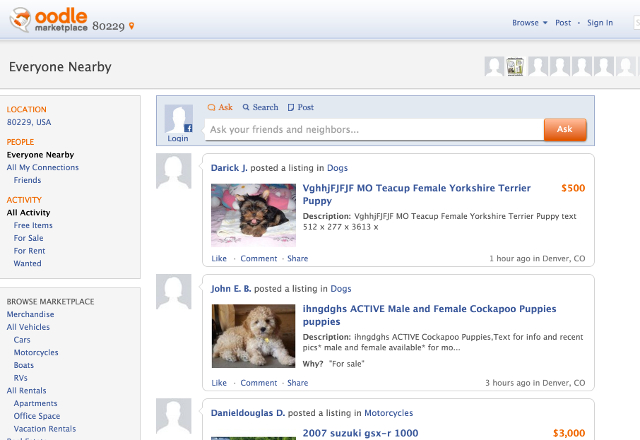 If you’re looking for a pet, a new place to live, or a new vehicle, Oodle can help. There are categories for other types of sales, but these three are the main focus of the site. Like other sites on the list, using the service is simple: find what you want, get in contact with the buyer, arrange to meet, and make the transaction. This is a pretty active site, so it’s likely that you’ll be able to find what you’re looking for, especially if you’re willing to drive 25 or 30 miles away from home. 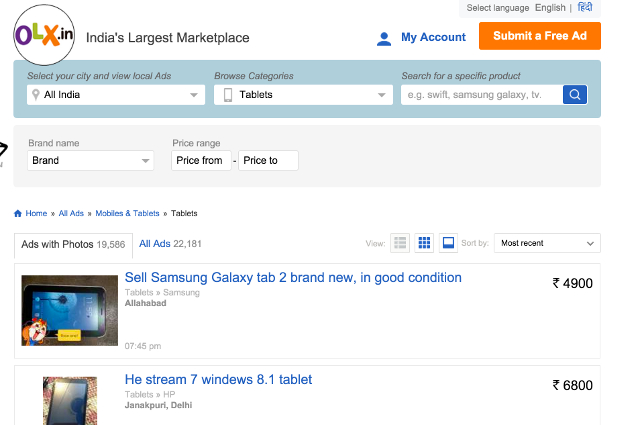 With a presence in over 100 countries, OLX is a great marketplace to check whenever you’re looking for something in your area. Musical instruments, books, cars, hobby materials, real estate, jobs . . . just about everything is represented on OLX (including protected animal products, according to recent letters by PETA and WCCB in India—so be careful what you buy). The absolutely huge number of products available make this a great choice in India, and a very viable one elsewhere. For the countries where it is active, OLX is not just a site like craigslist, it is way better with huge user-base and official mobile apps to buy & sell on the go. 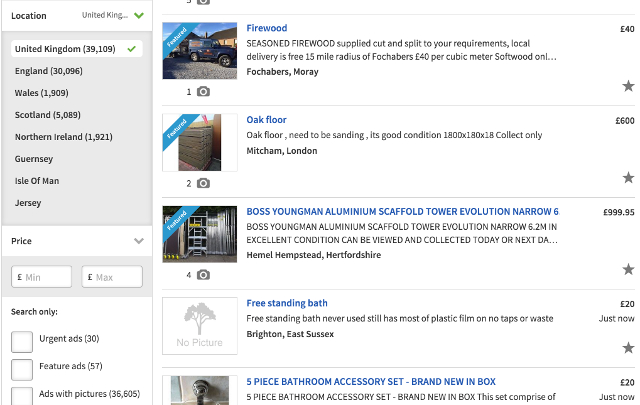 While it’s primarily a UK site, Gumtree is expanding around the world, with presences throughout Europe, in Australia, and expat communities in the United States. In essence, it’s the European version of Craigslist—it offers the same classifieds service, with both free and paid ads, and puts buyers and sellers in touch. In the UK, Gumtree is one of the largest sites for both motors and job listings, making it a website that’s useful to just about everybody. As with many other sites of this nature, Gumtree has a reputation for being a means of conning people out of money, so be cautious, especially when looking for flats. 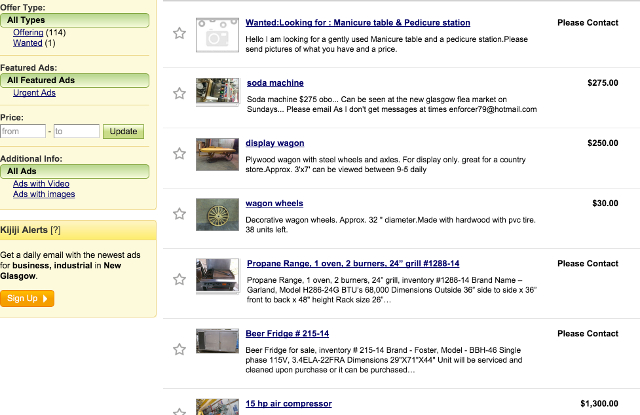 Canada’s local version of Craigslist, Kijiji advertises itself as the most popular free classifieds site. And with over 7,000,000 classifieds at the time of this writing, it’s a very good one for buying and selling used items. Kijiji offers sections for résumés, services, jobs, vacation rentals, and just about anything else you can imagine. The site also allows sellers to post videos with their items, which can provide much more information the photos available on other sites. 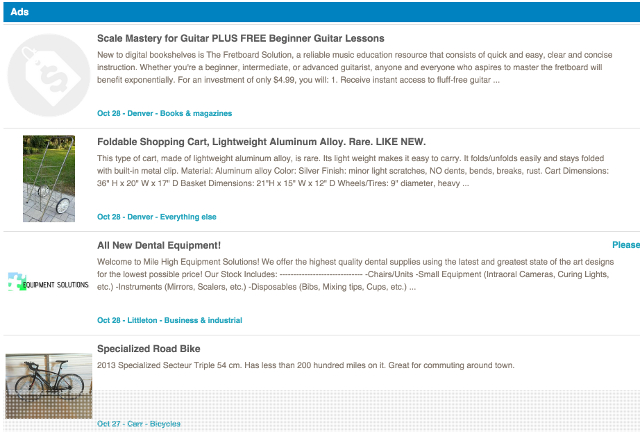 When it comes to selling used things, Ebay is the first website that many people think of. But did you know that its classifieds section lets you buy, sell, and trade with members of your community? It’s a great resource if you can’t find what you’re looking on Craigslist. It’s not as well-known as some of the other sites out there, so the selection is rather small at the moment, but you can expect it to grow in popularity with the power of Ebay behind it. 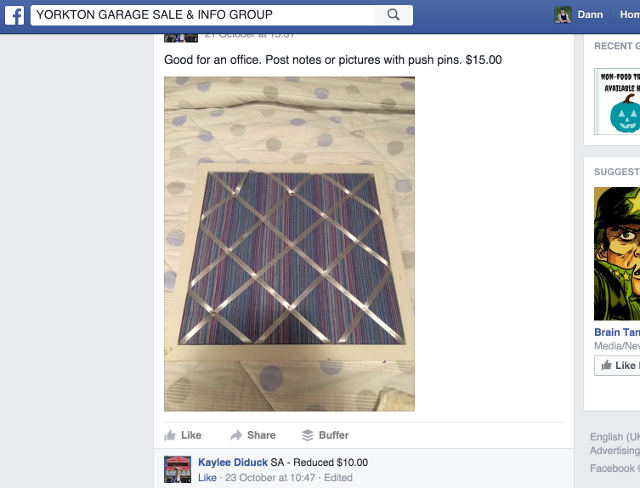 Most people use Facebook for keeping in touch with friends and posting videos of cats, but you can actually do some really useful things on the social network—including selling used things. There are a lot of groups on Facebook where people from the same neighborhood post things that are for sale or trade. To find a group near you just search for “[your city name] garage sale” and you should get a few results. Facebook could soon become an even better place to buy and sell things; they’re testing a new feature on their mobile app called “Local Market,” according to TechCrunch. This will help people browse, buy, and sell things locally by increasing their visibility to interested parties on Facebook. 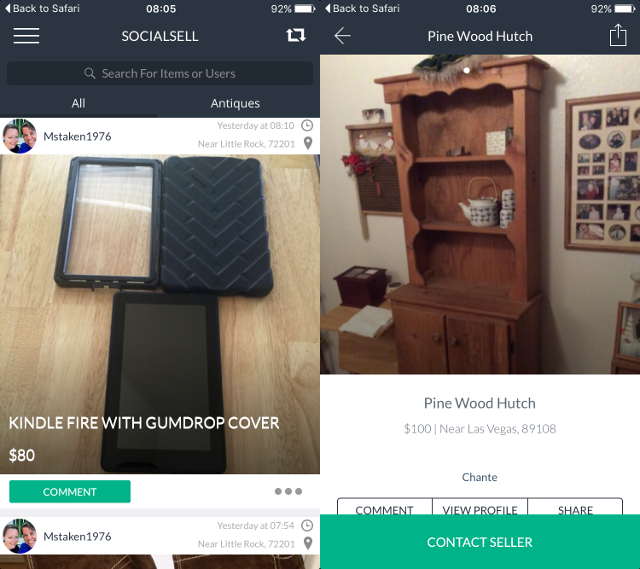 Whereas many of the sites listed above offer apps as an alternative to visiting the website, SocialSell doesn’t have a main website—all of its postings are done through the Android and iOS apps. The service also offers direct messaging so you don’t have to go through email (though you can also email, text, and call). While the app doesn’t have many users yet, it has received positive feedback from most of the people who have used it—and because it’s free, it’s definitely worth a shot. If it hasn’t taken off in your area yet, you won’t find much, but you could be instrumental in getting it started up in your neighborhood!

Buying and selling your things locally is great—it helps out the people around you, makes (and saves) you money, and reduces waste. The next time you think about buying something, check one of these sites first!

Which craigslist alternative sites do you use to buy and sell used things? Share your favorites below!

How to Share Audio Using Audio Sharing on iPhone