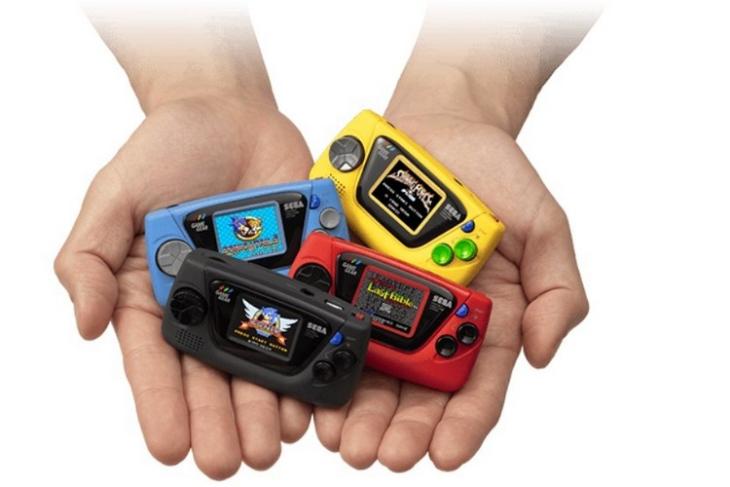 Sega, the Japanese video game company, recently completed 60 whole years in the industry on June 3, 2020. To celebrate the occasion, the company announced, what looks like the tiniest gaming console, the Game Gear Micro.

The Japanese game developers are best known for releasing miniaturized gaming consoles like the Sega Genesis Mini. Now the company, to celebrate its 60th anniversary, came out to release a set of tiny gaming consoles called the Game Gear Micro.

Now, the Game Gear Micro is a reincarnation of the company’s popular retro console, the Sega Game Boy. However, this one is a really small piece of hardware that can fit the palm of one’s hand. It is just 80mm wide and 43mm tall with a tiny 1.15-inch screen. There is a single firing speaker along with the beloved 3.5mm headphone jack. The console charges up with a USB cable and can also run with two AAA batteries.

The Game Gear Micro comes in four different color variants — Black, Yellow, Blue, and Red. Now, these colors are not just for the look of the console. Each of these versions come with different games. For instance, the black Game Gear Micro comes with “Sonic the Hedgehog” along with three other games, while the blue variant features “Sonic Chaos” along with three different games. Each of the consoles come with four pre-loaded games for enthusiasts to collect them all.

Now, if a customer buys the set of all four Game Gear Micros, he/she will get a magnifying glass accessory to see the games in that tiny 1.15-inch display.

Sega Genesis Revived as a Mini Version, To Arrive Later in 2018