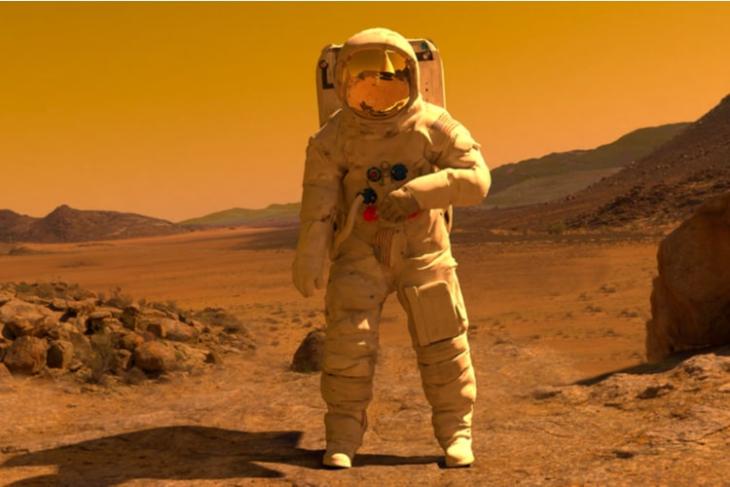 Mars has been a long-shot target for NASA and various space researchers around the world who believe that the Red Planet could be a potential human colony in the future. Now, the theoretical travel time for humans to reach Mars, according to NASA’s calculations, is around 9 months with the minimum distance between Earth and Mars being 54.6 million km. However, engineers from Canada have devised a new laser-propulsion system that claims to reduce the travel time to just 45 days. Let’s take a look at the details.

Using the system, the researchers say they will be able to accelerate a spacecraft very quickly near Earth using the lasers. These laser beams move the spacecraft into deeper space at a speed, which is comparable to the fraction of the speed of light. Following the acceleration, the spacecraft will reach Mars over the next month.

“The application of directed energy to spacecraft mission design is explored using rapid transit to Mars as the design objective. An Earth-based laser array of unprecedented size (10 m diameter) and power (100 MW) is assumed to be enabled by ongoing developments in photonic laser technology,” reads the research paper published by the McGill University engineers.

While the main vehicle will land on the Red Planet in 45 days, the rest of the spacecraft will return to Earth to be recycled for the next launch.

“A phased-array laser of this size and incorporating atmospheric compensation would be able to deliver laser power to spacecraft in cislunar space, where the incident laser is focused into a hydrogen heating chamber via an inflatable reflector. The hydrogen propellant is then exhausted through a nozzle to realize specific impulses of 3000s. The architecture is shown to be immediately reusable via a burn-back maneuver to return the propulsion unit while still within range of the Earth-based laser,” it further adds.

For those who don’t know, this reduced travel time can be achieved using nuclear fission-powered rockets but that has radiation risks. This new system appears to solve this problem.

Although this sounds like a feasible system to reach Mars or even explore other deep-space areas of our universe, the spacecraft to test out this theory currently does not exist.

While Elon Musk thinks that humans would be able to reach Mars in the next six years, NASA and China aim to send humans to the Red Planet by the 2030s. So, we can expect researchers and engineers to develop and build a spacecraft that would support the laser-based directed-energy propulsion system and work on this tech. What do you think about this? Do share your thoughts with us in the comments below.