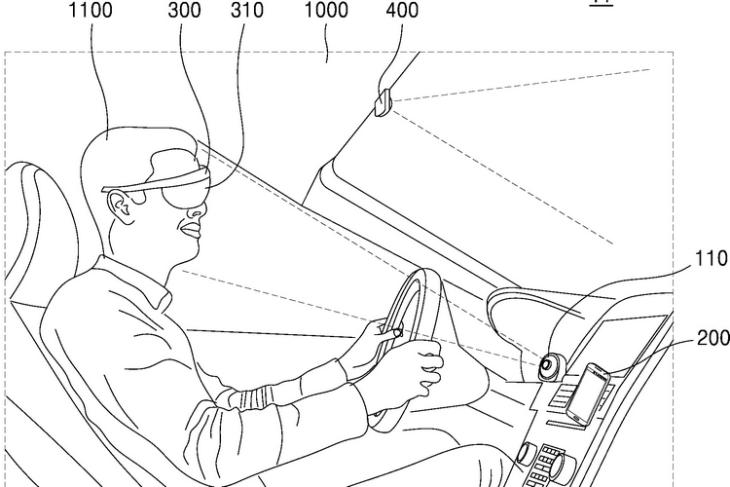 Samsung has filed a patent that showcases AR glasses capable of providing turn-by-turn navigation in front of the driver’s eyes. The patent got filed in November 2018 at South Korea and got approved last week.

According to the patent, the setup works with the help of two cameras – an inner camera that communicates with the driver’s glasses and another camera facing the road for analyzing the path. The patent image shows a driver riding the vehicle with AR glasses on.

You might already be familiar with head-up displays on modern cars that show navigation information, but these AR glasses aim to take the concept a step ahead. These AR glasses could be used for providing additional useful information.

Typical examples for this would be displaying fuel prices while entering gas stations or highlighting popular spots and attractions across the city. In a distant future, it may also be capable of identifying the speed of adjacent vehicles.

As Sammobile points out, Samsung will have to establish compatibility with a maps application or the navigation system present in the vehicle for this system to work as intended.

As is the case with all patents major tech giants file, there is no guarantee if we will be seeing this tech anytime in the near future. That being said, it will be interesting to see if Samsung manages to make these AR glasses a reality.

Meanwhile, Apple’s AR glasses – Apple Glass is tipped to launch at $499 early next year. According to tipster Jon Prosser, the glasses will be available with optional prescription lenses.

Facebook Has Reportedly Partnered with Ray-Ban for AR Glasses