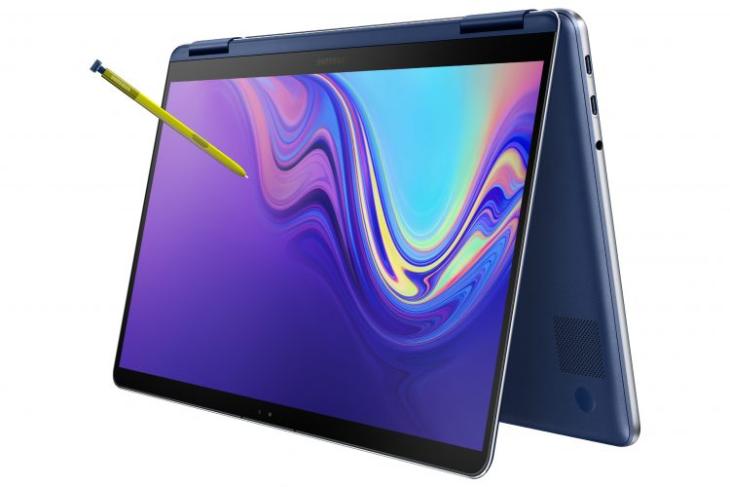 Samsung has announced a new Notebook 9 Pen, its premium 2-in-1 convertibles with stylus support. The built-in S Pen is now the same as the Galaxy Note 9’s unit, which means it gets added functionality.

The S Pen can be used to jot down notes, sketch and draw, and even control the PC and has up to 2x reduced latency from the previous model, Samsung says. The S Pen options are also customizable, and it also never needs to be charged, since it’s always stored in the notebook when not in use and therefore has enough charge to last as long as the PC.

Samsung has added features to save your notes and doodles instantly on the cloud, and will give buyers a three month free trial to the Myscript Nebo App, which converts notes into digital text, and also turns hand–drawn charts and diagrams into cleaner digital images.

As with any other premium laptop, the Notebook 9 Pen has the latest 8th Gen Intel Core i7 processor, 16GB of RAM and a 512GB SSD. You can only get a full HD variant at the moment, and only the larger one has dedicated graphics, in the form of the 2GB Nvidia GeForce MX150, which should help in some creative applications, but is not meant for gaming.

Samsung rates it for 15 hours of battery life, which seems like a stretch to us, but it does have fast charging. For convenience you get Windows Hello face and fingerprint login and the port selection is headlined by two Thunderbolt 3 ports. It also has Gigabit WiFi support, which is always great when you want to stream HDR content on the 13-inch or 15-inch displays. Speakers are tuned by AKG and Samsung has added a new ThunderAmp smart amplifier for a maximum capacity of 5 Watts for the two speakers.