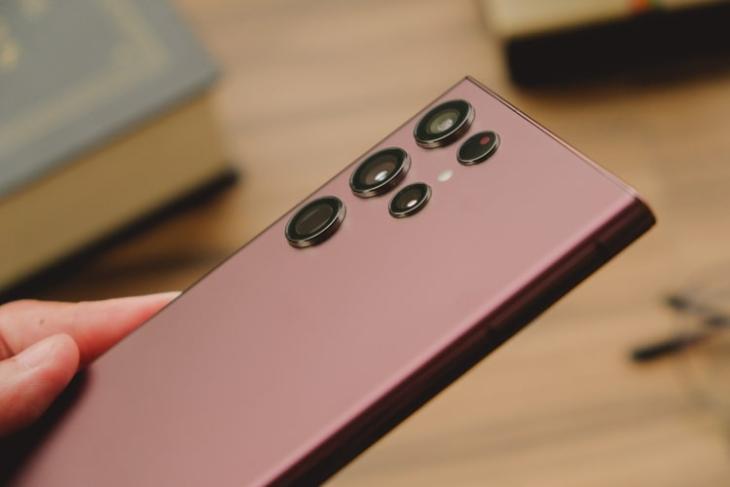 Samsung debuted the 108MP ISOCELL HM3 image sensor with the Galaxy S20 series back in 2020. While the tech giant retained the same sensor for its following Galaxy S21 and S22 flagship series, it might be looking to increase the megapixel count by introducing its 200MP ISOCELL HP1 image sensor with next year’s Galaxy S23 series. Let’s check out the details below.

Now, according to a recent report by Korea’s ETNews, the company is on its way to the end stage of developing the ISOCELL HP1 sensor. It is also said that the development is being taken care of by Samsung Electronics and Samsung Electro-Mechanics departments with the task divided in a 30-70 ratio.

The report further mentions that Samsung’s next-gen flagship Galaxy S23 series will feature the 200MP ISOCELL HP1 sensor. It is expected to release in 2023 and could once again set the camera standards in the smartphone industry. It is expected to deliver industry-leading camera performance and low-light imagery. Samsung has also reportedly shared the roadmap for its 200MP sensor with its major partners ahead of its debut next year.

Now, coming to the 200MP ISOCELL HP1 sensor, it features a new pixel-binning technology called ChameleonCell technology that uses a two-by-two, four-by-four, or full pixel layout for images based on the environmental lighting. It also merges 16 neighboring pixels to capture more light for the sensor to deliver improved low-light performance.

Moreover, the sensor supports 8K videos at 30fps with minimal loss to FoV. Additionally, it combines four neighboring pixels to decrease video resolutions to 50MP and record 8K videos without cropping or scaling down the full image resolution.

Other details regarding next year’s Galaxy S23 models are currently unknown. Hence, we suggest you stay tuned for further updates and let us know your thoughts on Samsung’s upcoming 200MP image sensor in the comments below.