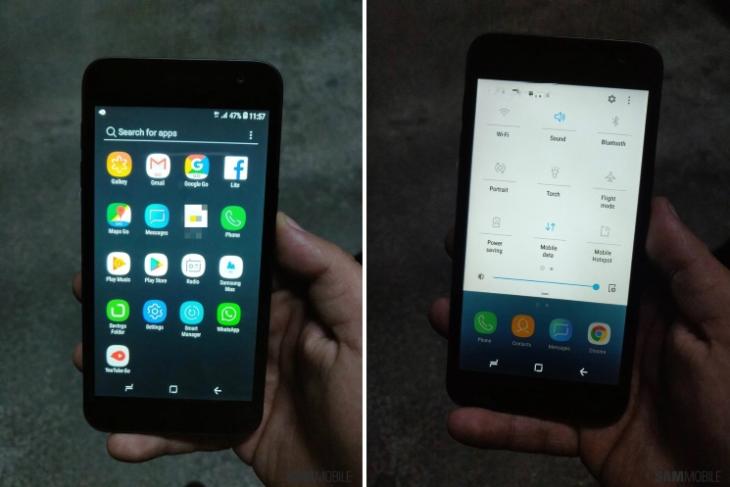 Android Go seems to be an interesting prospect for a lot of companies, and Samsung is the latest company to join in the program. Samsung’s first device was spotted on GeekBench with the model number SM-J260G. Later on, it was discovered that the device would sport a Quad-Core Exynos SoC, 5-inch Super AMOLED display, along with 1GB RAM. However, while that was all about hardware, we seem to have new news regarding the actual software inside the device. 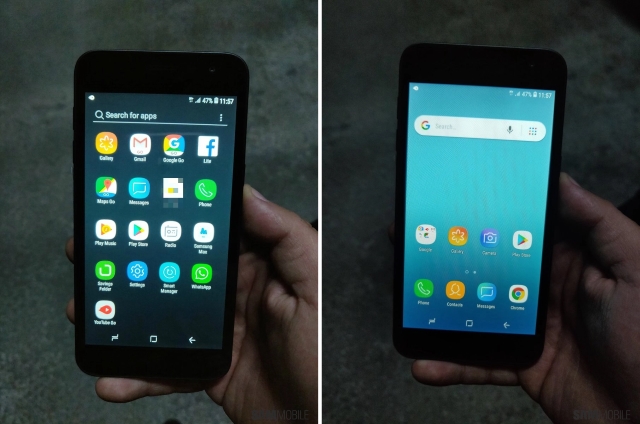 As reported by Sammobile, Samsung’s first Android Go smartphone won’t be running stock Android, as evident by the leaked images of the smartphone that the company has received. The device will have the Go versions of Google’s official apps installed over Samsung’s usual Experience UX.

While that may come as a surprise to some of you, it really shouldn’t. First off, nowhere on the Android Go landing page does Google state that its users will get the stock Android experience. Furthermore, Samsung has been pushing hard to improve the entire Samsung Experience. As such, it makes all the sense for the South Korean giant to stick to its custom skin than go the stock Android way. 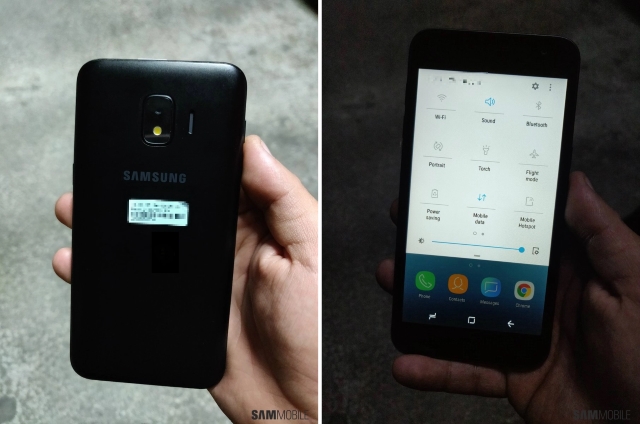 Apart from the custom skin, the leaked images also show that Samsung is using its standard Device Maintenance feature, named “Smart Manager” which came preloaded on its devices until 2016 for Android Go’s data saving and storage management functionality. Additionally, the device will feature on-screen navigation keys, but there is no infinity display. The Android version is 8.1, which is the minimum for Android Go devices. The security patch date is December 5, 2017, but we expect the device to launch with the latest security patch. 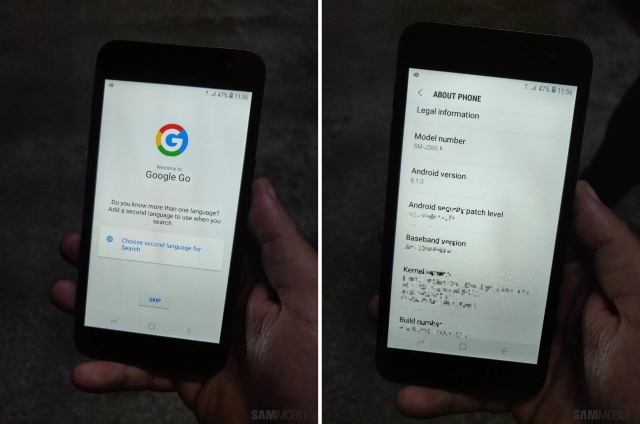 As of now, there is no information as to when the device will launch and in what markets will the product be available.