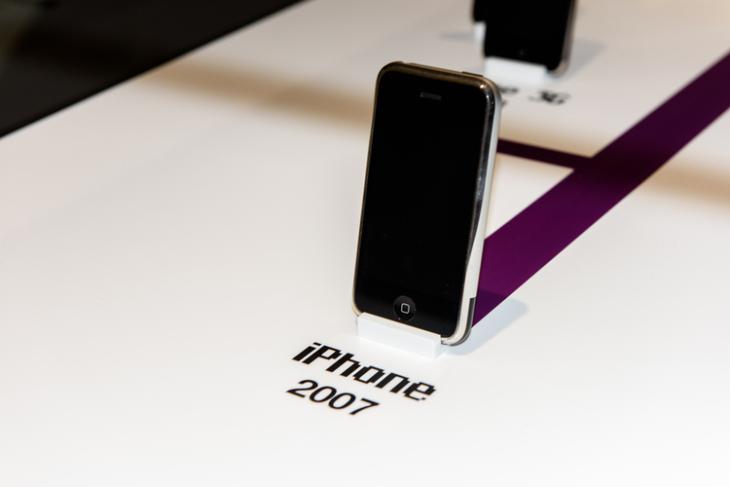 Apple has always been a leader in the design department since the past. The Cupertino-based tech giant’s product lines carry a typical Apple-like look that can be recognised from far off. Now, because of the exceptional designs, many of Apple’s devices made their way to Fortune’s list of “The Greatest Designs of Modern Times”. The product that took the #1 spot is *drumroll* the original iPhone.

The original iPhone that was unveiled by the late Steve Jobs back in 2007 was the first (premium) smartphone by Apple. It completely revolutionised the smartphone market when it was released. According to Fortune, in this time and age, the original iPhone is “a massive understatement” being a device that “changed how we live”.

The first iPhone was designed by Jonathan “Jony” Ive, who resigned from Apple just last year to open his own design firm. Ive worked with Steve Jobs to create a mobile device that looked straight outta future at that time. The compact device featured the first capacitive multi-touch display at the front and the classic aluminium and plastic at the back. Funny thing, the original iPhone had a stainless steel chassis that apple re-introduced with the iPhone X after using aluminium chassis for years.

This design of the original iPhone became the standard design for the smartphone industry. Even today’s smartphones carry the same basic design and this is why the first-gen iPhone is deemed to be a revolutionary product in the smartphone market.

Apart from the #1 spot, the second spot in Fortune’s list is also occupied by an Apple product. It is the 1984 Macintosh that revolutionised personal computing. The #10 position and the #14 position is also taken by two Apple products – the iPod and the 2006 MacBook Pro respectively.

Apart from these physical products, the list also features some of the in-device elements like the AppStore, Apple Pay and iOS itself. These three took the 22nd, 46th and 29th position respectively.

The main aim of this list is to showcase the designs that changed the world and revolutionised the design trends. And there is no doubt that Apple did set many of the design trends in the market, from the removal the headphone jack to the hugely criticised notch in their latest iPhones.

If you want to check out the list (and I think you should), then just head here. Also, after checking out the list, do let us know about your thoughts and whether do you agree with Fortune’s judgement or not.