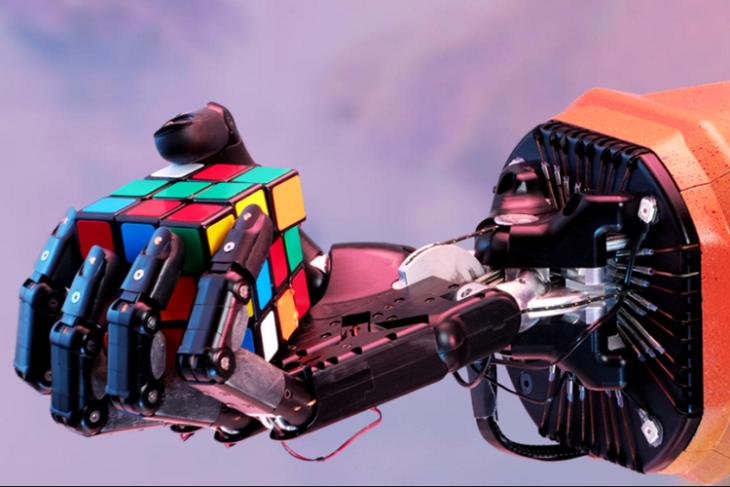 OpenAI has come up with a new robot capable of solving a Rubik’s Cube with a single hand. The AI-based company trained neural networks in simulation using reinforcement learning to make this achievement possible. The company has been working on this project since May 2017 and has now achieved its goal marking this as a milestone towards its progress in the field of AI.

The time taken by the robotic hand varies depending on how the cube is shuffled but on average, it takes about four minutes to solve the puzzle. However, it is worth noting that this is not the first-ever robot that managed to solve the Rubik’s cube. In fact, a robot developed by the MIT graduate students solves the cube in 0.38 seconds. However, that robot doesn’t solve the cube single-handed. Instead, it uses individual motors to actuate each face of the cube.

OpenAI uses a technique called Automatic Domain Randomization (ADR) while training this new robotic hand. “ADR starts with a single, nonrandomized environment, wherein a neural network learns to solve Rubik’s Cube. As the neural network gets better at the task and reaches a performance threshold, the amount of domain randomization is increased automatically.”, wrote OpenAI in a blog post.

The company has also mentioned that the neural network is more likely to fail in the first few rotations and flips since the neural network has to find a balance between solving the cube and “adapting to the physical world” in those first rounds.

Take a look at the uncut video of OpenAI’s robot hand solving the Rubik’s cube below and let us know your thoughts on it in the comments.