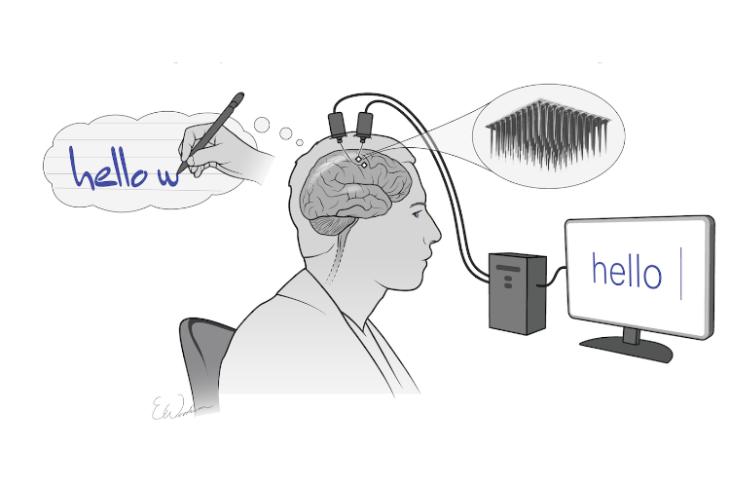 Researchers at Howard Hughes Medical Institute of Standford University have managed to decode neural signals using sensors and use them to display thoughts as text on a screen in real-time. The researchers believe their progress could help people with paralysis.

In this study, the researchers collaborated with a 65-year old participant who had a spinal cord injury. In a new post, the researchers say they have implanted two sensors into the part of the brain that controls the hand and arm. A machine-learning algorithm then recognized the patterns his brain produced with each letter using signals that sensors picked up from individual neurons.

Using this Brain Computer Interface (BCI), the researchers observed that the participant typed 90 characters per minute with an accuracy of about 94.1%. Notably, this is twice the previous record for typing with a BCI. Furthermore, the researchers also noted that this is comparable to smartphone typing speeds that average at 115 characters per minute for individuals of this age group.

The researchers also have plans to incorporate point-and-click navigation and are planning to work with participants with speech impairment, such as people with amyotrophic lateral sclerosis neurological disorder. Although this is promising, it is not a clinically viable system at this moment as it needs more testing.

“Our results open a new approach for BCIs and demonstrate the feasibility of accurately decoding rapid, dexterous movements years after paralysis,” wrote the researchers in a report published in Nature journal. You can go through the linked Nature journal to learn more about the technical aspects of the research.