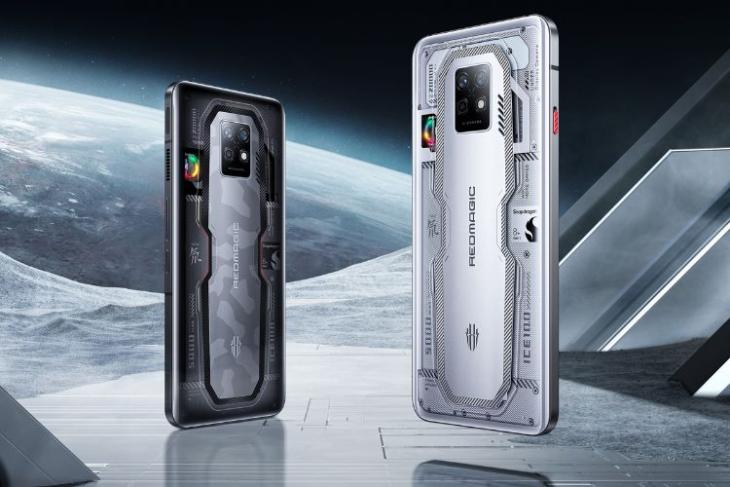 Nubia has introduced two new gaming smartphones called the Red Magic 7S and the Red Magic 7S Pro in China. The devices join the Red Magic 7 and the 7 Pro launched a few months back and come with attractive features like a Snapdragon 8+ Gen 1 chipset, up to 18GB of RAM, a 165Hz display, and more. Check out all the details below.

The Red Magic 7S (even the RedMagic 7s Pro) looks similar to the Red Magic 7 series with some changes. The Red Magic 7S gets a vertically arranged rear camera setup. There’s also a transparent edition of the phone, which includes an RGB cooling fan.

The device sports a 6.8-inch Full HD+ AMOLED display with a 165Hz refresh rate, a 720Hz touch sampling rate, DC Dimming, and more. As mentioned earlier, it is powered by a Snapdragon 8+ Gen 1 SoC, paired with up to 16GB of RAM and 512GB of storage.

It gets three rear cameras, including a 64MP main camera, an 8MP ultra-wide lens, and a 2MP macro camera. There is an 8MP under-the-display front snapper. The Red Magic 7S is backed by a 4,500mAh battery with 120W fast charging support and a 165W GaN charger. The device runs Red Magic OS 5.5 based on Android 12. Additional details include dual speakers, DTS Sound, a 3.5mm audio jack, 5G support, and more.

The Red Magic 7S Pro is similar to the Red Magic 7S but there are a few differences. The phone has a square-shaped camera hump with the rear cameras arranged in a circle. It also has a transparent edition with an RGB cooling fan.

Apart from the design, another difference is the 960Hz touch sampling rate and a 120Hz refresh rate. The 6.8-inch AMOLED display is the same, though. The chipset, as mentioned previously, is also the Snapdragon 8+ Gen 1. This is coupled with up to 18GB of RAM and 1TB of storage. The phone also comes with ICE Magic Cooling 10.0 and a bigger 5,000mAh battery with 135W fast charging support.

While the rear camera configuration is the same as the Red Magic 7S Pro, there’s a 16MP under-the-display selfie shooter. Other details are mostly the same.

The phones are now up for pre-order and will be available to buy, starting July 14 in China.