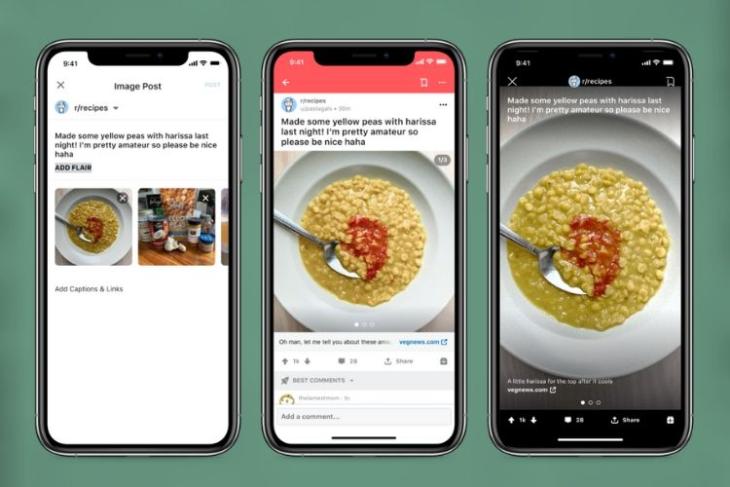 If you wanted to post multiple images to Reddit, you had to resort to an image sharing platform like imgur and add the image links to your post. The company seems to have finally realized this major shortcoming. It’s now introducing Reddit Image Galleries to allow users to share, as well as view, multiple photos or GIFs in a single post with ease on the platform.

With Image Galleries, Reddit enables users to share up to 20 photos and GIFs at once. You can add captions and links to each picture to provide context to the readers. This accessibility feature is really important and makes it easier for differently-abled users to learn what’s being shown in the image.

The company acknowledges that the gallery feature was one of the most requested on Reddit. It is finally here. “Image Galleries fulfill a longstanding community request ever since we added support for image uploads back in 2016,” stated Tyler Swartz, Reddit Senior Product Manager in an official blog post.

As you can see in the GIF above, Reddit makes viewing image galleries very intuitive. You will see a carousel of images in a post with multiple photos and GIFs. Users also have the option to mark these photo galleries as ‘spoiler’ or ‘not safe for work’ to keep the content hidden in your feed.

Now, if you are someone who’s been itching to post multiple images to Reddit, here’s how you go about it:

1.  Head to the subreddit you want to post the image gallery to. I have picked r/India here, as you can see below.

2. Click the ‘Create Post’ on the right and switch to the ‘Images & Video’ tab. Upload the first image to see a ‘plus’ icon next to the same. Click the ‘+’ icon to add more images or GIFs to your post. 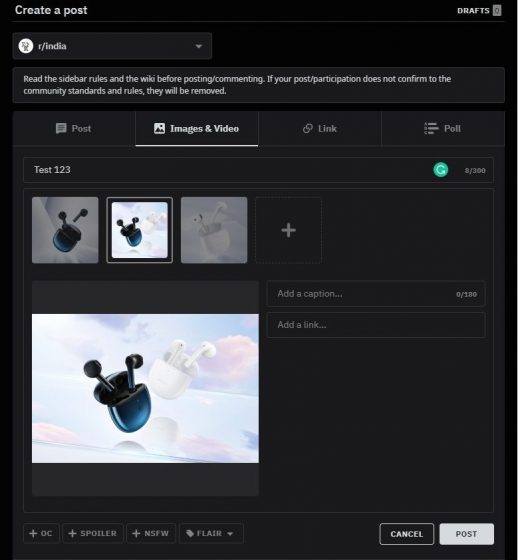 3. Once you have added the pictures or GIFs you want to share, you can add a caption, URL, and rearrange them as well.

The steps look pretty much the same on mobile as well. Reddit has currently rolled out Image Galleries on desktop and iOS. The feature will reach Android users next week. I, however, am more excited about the company’s plans to let users upload different kinds of media files – photos, GIFs, and video – in one single post.