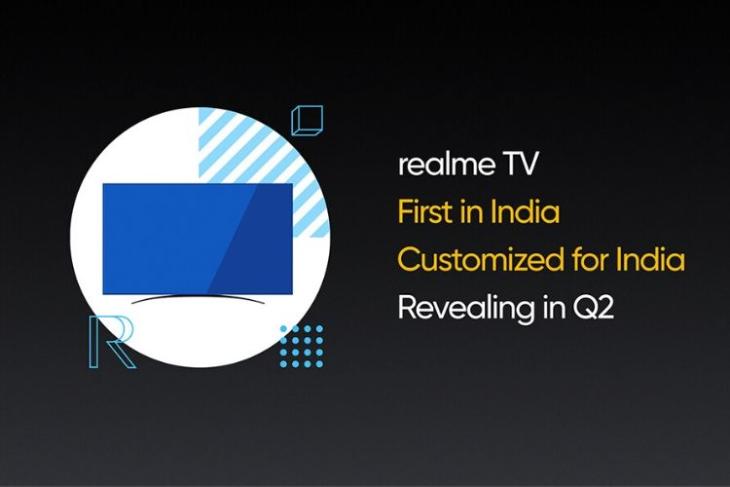 During the Realme X50 Pro launch event, the company talked about the expansion of its ecosystem on stage. It revealed that a lot of new devices, including new earbuds, smart speakers, smart home devices, and most importantly, a smart TV will be launching really soon.

Realme India CEO Madhav Sheth then went ahead to confirm that the Realme TV will be launched first in India in Q2 2020. It’s currently in development and is being customized for the Indian market.

In a teaser video shared earlier today, the company has confirmed one of the features of the Realme TV. It will come with the Realme TV Assistant to let you control all of your smart devices from the TV itself. Another confirmed feature is Auto Movie Mode, wherein the TV will dim the smart lights and close smart windows when activated.

No more details for the Realme TV have been shared just yet, so do stay tuned for more updates.

I am happy to reveal the #realmeLink App, which is essentially a simple & easy control center for all #realme AIoT products. Doesn’t the interface design look very visually pleasing guys? pic.twitter.com/BCzOmffewL

The Chinese phone maker also officially unveiled the ‘Realme Link’ app on stage, talking about how you will be able to control all of your Realme smart devices using the app. It would be the control center for all your IoT devices – similar to Xiaomi’s Home app.

Realme TV will most likely take on Xiaomi’s expansive Mi TV lineup in India, taking on its arch-nemesis in yet another disruptive segment. So, are you excited about the first-ever Realme TV launch?