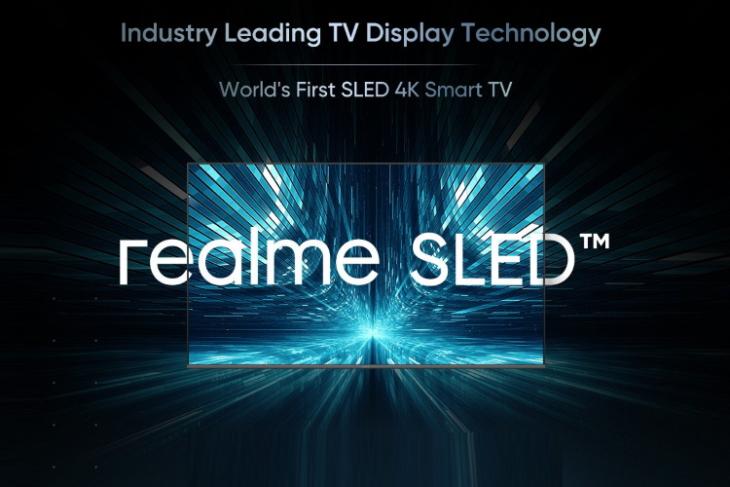 Realme expanded its portfolio to include smart TVs with the launch of the 32-inch and 43-inch Realme Smart TV earlier in May. The Chinese giant is now ready to add a new 55-inch 4K smart TV to its lineup. It first unveiled the 55-inch Realme TV at IFA 2020 a couple of weeks ago but did not share any details. Today, Realme has confirmed that Realme’s 55-inch 4K Smart TV will arrive with a new SLED display technology.

Realme India CEO Madhav Sheth took to Twitter this morning to share a picture along with the retail packing of the upcoming 4K SLED Smart TV. Now, you may have some genuine doubts. When is this 55-inch 4K Realme Smart TV launching? What is SLED technology? How is it different from, say a standard LED or QLED display technology? Well, Realme has shared a blog post detailing the SLED technology, so let’s talk about it now.

I have some interesting updates about our upcoming launch for you all & I am sure it will make your lives much cooler with the most stunning visuals ever. Stay tuned for the next #AskMadhav episode. pic.twitter.com/m7RPky3PSZ

In its official blog post, Realme reveals that the SLED display technology has been co-developed with John Rooymans, the chief scientist of SPD Technology (Spectral Power Distribution).

How is SLED display technology different from QLED? While QLED panels include a blue layer of backlight that is then turned to white, Realme says that it starts off with an RGB backlight in the initial stage. It then mentions that “white light formed from RGB (three basic color combination) has quite a high ability of color representation,” as per the blog post. It also reduces the harmful effects of blue light, thus, offering you better eye protection compared to QLED panels. 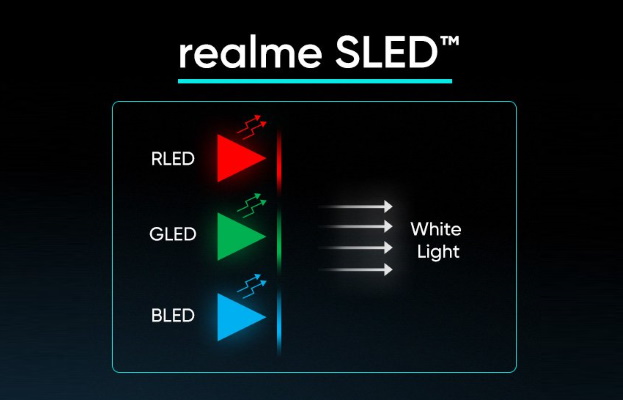 So yeah, this is the mysterious ‘Project S’ that Realme had been teasing over the past couple of days. The company has touted that the 55-inch 4K SLED Realme Smart TV has also bagged TUV Rheinland Low Blue Light certification, which has previously only been awarded to OLED TVs. The company is yet to share the official launch date for this TV but we expect it to land in India in early-October.