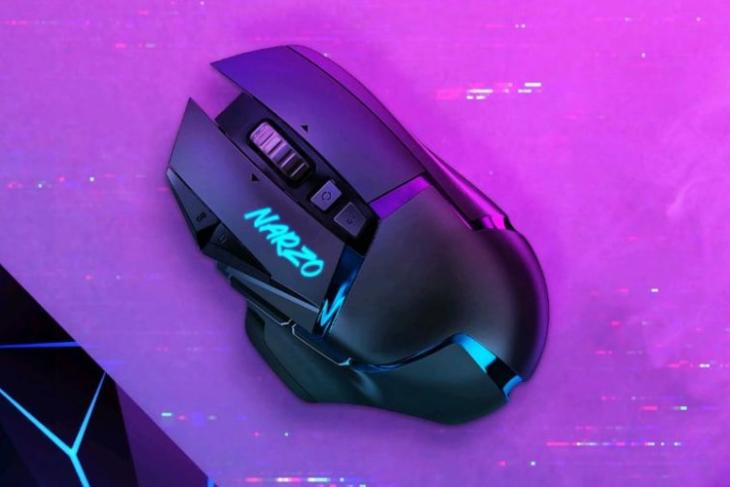 Realme just recently unveiled the much-awaited Realme X7 series in India. Merely a couple-odd days later, the company started teasing the ‘Narzo 30 series’ on its social media channels. The rumor mill is buzzing with design and specification speculations for the upcoming devices. And now, as per the latest leak, it looks like Realme is also planning to introduce gaming accessories alongside the Narzo 30 series.

As per a recent tweet from reliable tipster Ishan Agarwal, Realme will be launching a couple of Narzo-branded (or Narzo-themed) gaming accessories along with the Narzo 30 series in India. He shared an image of these accessories, which includes a gaming mouse, a mouse pad, and a third unknown product. It could be an air controller or a webcam with a built-in tripod stand!? (my best guess).

Exclusive: realme will also be launching gaming accessories along with narzo 30 series. These look cool…

The gaming mouse and the pad also indicates at an imminent launch of a gaming laptop? #realme is yet to announce the launch dates of the narzo 30 series. What do you think? pic.twitter.com/0XBQpITfq2

The mouse pad, as you can see above, sports the Narzo logo at the bottom edge and a geometric bright blue pattern. As for the gaming mouse, many have pointed out that the mouse appears to be a carbon copy of the Logitech G502 Hero. It’s very likely that Realme is collaborating with Logitech to introduce Narzo-themed accessories.

Now, a good question that may come up is – Why is Realme launching gaming mice, mouse pads, and other accessories? Well, if rumors and reports are to be believed, the Chinese giant is looking to challenge its arch-nemesis Xiaomi is yet another consumer electronics segment – gaming laptops.

The launch of gaming accessories could be a precursor to Realme’s gaming laptops, which are said to be coming in Q3 2021. So, are you excited to see what the company will have to offer?