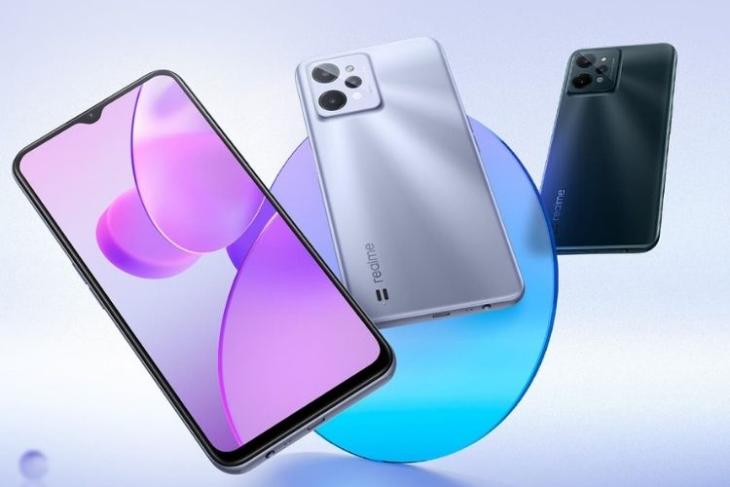 Realme has added a new affordable smartphone to its C series, the Realme C31, in India today. The smartphone, which was launched in Indonesia last week, comes with an attractive design, a Unisoc chipset, and more. It caters to users looking for an affordable daily driver. Here are the details.

The Realme C31 has a GT Neo 2-like design, which was also seen with the recently introduced Realme C35. Although, the C31 doesn’t get flat edges as seen on the Realme C35. It comes with a Dynamic Texture Design, which includes a rectangular camera hump with big camera housings on the rear and a waterdrop notch upfront. The device is also 8.4mm thick, which provides for a comfortable grip.

There’s a 6.5-inch HD+ LCD display with a screen-to-body ratio of 88.7%, 120Hz touch sampling rate, and 16.7 million colors. Realme C31 is powered by an octa-core Unisoc T612 chipset, coupled with up to 4GB of RAM and 64GB of storage. The smartphone comes with expandable storage (up to 1TB) support.

On the camera rear, there is a 13MP main camera, a B&W sensor, and a macro camera. The front camera is rated at 5MP. The smartphone comes with various camera features such as Night Pro, HDR, Portrait mode, Beauty mode, Time-lapse, and more.

The Realme C31 sources its fuel from a 5,000mAh battery, which supports 10W fast charging and comes with an Ultra Saving mode. It runs Realme UI R Edition based on Android 11.

Realme C31 falls in the affordable price range and is priced starting at just Rs 8,999 in India. Here’s a look at the prices of both the RAM + storage configurations:

The Realme C31 will be available to buy via Flipkart and the company’s website, starting April 6. It comes in Light Silver and Dark Green color options.