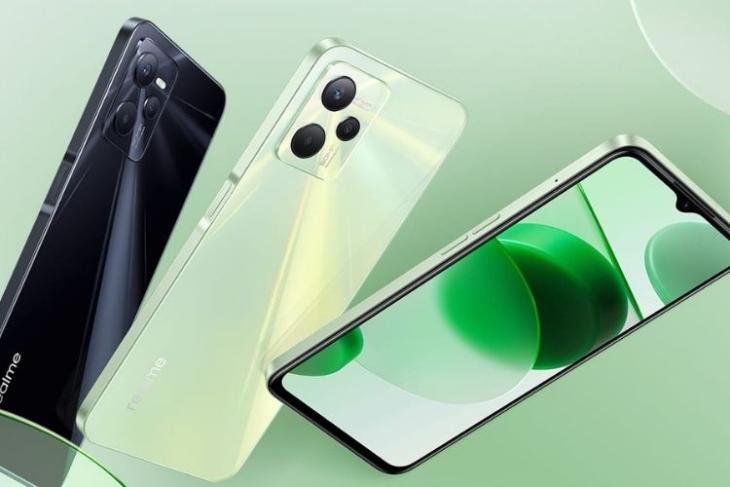 Realme is on a phone-launch spree, and ahead of the launch of its Realme 9 series in India, the company has now introduced the affordable Realme C35 smartphone in the country. It is a part of the affordable C series and comes with a new design, a big display, and more. Here’s a look at the details.

The Realme C35 follows the design aesthetics of the recently launched Realme 9 Pro series and even the GT Neo 2 and features a Dynamic Glowing Design with big camera housings placed in a rectangular camera hump. It also gets flat edges but sticks to the same old waterdrop notch for the display.

Realme C35 has a 6.6-inch Full HD+ display with a screen-to-body ratio of 90.7% and a peak brightness of 600 nits. It is powered by an octa-core Unisoc T616 chipset with ARM Mali-G57 GPU. It is paired with 4GB of RAM and up to 128GB of storage. The internal storage can be further expanded by up to 1TB via a microSD card.

For photography, you get three cameras at the back, including a 50MP primary snapper (jumping onto the 50MP camera trend), a 2MP B&W lens, and a 2MP macro camera. There is an 8MP AI selfie camera in the waterdrop notch. The device comes equipped with various camera features such as Portrait mode, HDR, Night mode, Time Lapse, filters, up to 1080p (30fps) video recording, and more.

The Realme C35 gets its fuel from a 5,000mAh battery, which supports 18W fast charging. The battery also supports a Super Power Saving mode. It runs Realme UI R Edition based on Android 11.

The Realme C35 comes in two RAM+storage configurations, and you can check out their prices in India right here:

The smartphone will be available to buy, starting March 12 via Realme India’s website, Flipkart, and offline retail partners. It comes in two colorways, namely Glowing Green and Glowing Black.