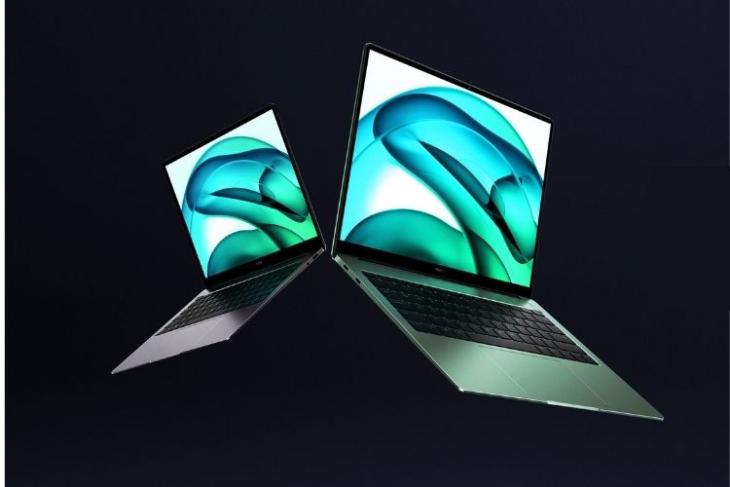 Realme launched its first laptop, the Realme Book, back in August last year and it has since been touted to be one of the best budget-centric thin and light offerings by reviewers across the globe. Come New Year’s, and the company has upgraded its laptop with improved internals and a new cooling system. There’s also a new color variant, so let’s take a look at all the details about the Realme Book Enhanced Edition.

First, let’s discuss all the upgrades that the enhanced edition of the Realme Book brings to the table. The biggest change here is the new and upgraded 11th-Gen Intel Core H-series processor. This laptop includes an 11th-Gen Intel Core i5-11320H CPU with a higher 35W TDP (as compared to the 28W TDP of the i5-1135G7 processor on the standard variant).

This quad-core CPU is based on Intel’s 10nm Willow Cove architecture, offers a turbo clock frequency of 4.5GHz (up from the 4.2GHz turbo clock on the standard variant). The higher TDP of this new processor means the laptop required better thermals, and Realme has delivered on that with a new dual-fan VC cooling system. It helps improve the heat dissipation by 32.7 percent, as per the company.

Moreover, the new 11th-Gen Intel Core H-series processors are paired with 16GB of LPDDR4x RAM and 512GB of PCIe SSD storage. You will also find Intel Iris graphics and a host of connectivity options, including a Thunderbolt 4, a USB-C 3.2 Gen 2 port, a USB-A 3.1 Gen 1 port, and a 3.5mm headphone jack. The Realme Book Enhanced Edition runs Windows 11 out-of-the-box. Also, you get a new green color variant with the enhanced upgrade.

And well, that’s pretty much all about the upgrades in the Realme Book Enhanced Edition. The rest of the specifications remain the same as the standard notebook. You have a 14-inch 2K display with a 3:2 aspect ratio, a 2160 x 1440p resolution, and 400 nits of peak brightness. It also includes a 54Wh battery, which the company says will last you up to 12 hours on a single charge. The laptop comes with a 65W adapter but also supports Realme’s proprietary 30W Dart Flash charging.

The single i5 variant of the Realme Book Enhanced Edition with 16GB of RAM and 512GB of SSD storage is priced at CNY 4,700 (~Rs 54,999) in China. It is currently up for pre-order and will go on sale starting from 7th January. There is no word on whether the company plans to launch this enhanced variant in global markets like India or Europe just yet. So stay tuned for more information.