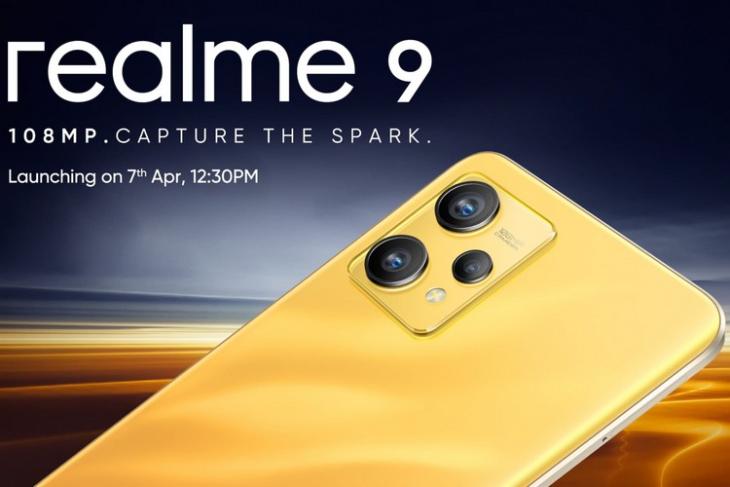 Realme 9 4G to Launch in India

Realme took to Twitter to announce the official launch date of the Realme 9 4G in India. Apart from the confirmation, Realme also created a dedicated microsite for the device on its official website. In the tweet, the company confirmed that Realme 9 4G will be launching on April 7 at 12:30 PM in India on its official channels. You can check it out attached right below.

Other than confirming the launch date, Realme has also confirmed some of the key features of Realme 9 4G. It has already been confirmed that Realme 9 4G will be one of the first devices with Samsung’s 108MP ISOCELL HM6 sensor with advanced image processing features like the NonaPixel Plus technology, 9-Sum Pixel Binning, and more to capture improved low-light images. Moreover, the Realme 9 4G will come with a 4cm macro camera and an ultra-wide sensor with a 120-degree FOV.

Realme today also confirmed that the smartphone will come with a 90Hz Super AMOLED display with support for a 360Hz touch sampling rate, 1000 nits of peak brightness, and an in-display fingerprint scanner. The company also said that it will come with a “Ripple Holographic” design at the back and three color variants – Sunburst Gold, Stargaze White, and Meteor Black.

Also, the official image of the device shows that it will sport a USB-C port at the bottom for charging and data transfers. There will also be a 3.5mm headphone jack alongside the USB-C port and the volume rockers are located at the left edge.

Now, coming to the other specs of the device, it is tipped to come with a 6.6-inch display with the above features. Although previous rumors hinted at an IPS LCD panel, the device is confirmed to come with an AMOLED display.

Under the hood, the Realme 9 4G is expected to be powered by a MediaTek Helio G96 processor along with a 5,000mAh battery with support for 33W fast charging. The processor is slated to be paired with up to 8GB of RAM and 128GB of UFS storage.

So, if you want to know more about the Realme 9 4G, stay tuned for the official launch on April 7. Realme will also reveal the pricing and availability details for India later this week.