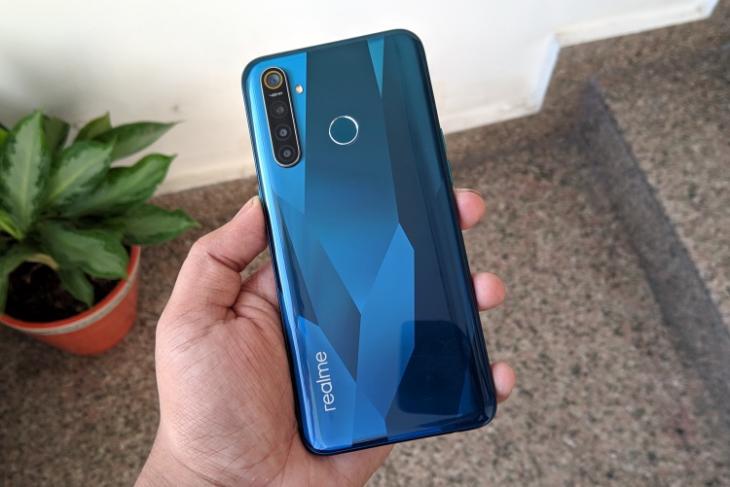 Having just launched India’s first 5G smartphone, the Realme X50 Pro, earlier this week, the Chinese smartphone brand is now teasing its next big launch in the country. The company’s CEO, Madhav Sheth, has posted a couple of tweets over the past few hours, referring to an ‘upcoming Realme phone’ that will add to the ‘Realme number series and Pro series’. The announcement, to be made tomorrow, February 26th, is expected to be about the Realme 6 and Realme 6 Pro, although, their exact launch date remains uncertain for now.

Meanwhile, as can be seen from the embedded tweet below, Sheth also claimed that the Realme ‘number series’ and ‘Pro series’ smartphones already have more than 6 million and 3 million users, respectively, in the country, which is saying something for a brand that was only launched in 2018 as BBK’s answer to Xiaomi’s online dominance in India. However, the instant success of Realme in the country has meant that the company has now taken the brand abroad, including China.

With 9 million+ satisfied users in India within 18 months, the #realme number series & Pro series is the most loved in the family!
Adding more to this series. Will reveal tomorrow!
Any guesses? pic.twitter.com/qL2pe1pGXA

In another notable move, Realme has also seemingly signed-up Salman Khan as its brand ambassador. In an earlier tweet, Sheth welcomed the Bollywood star into the Realme family by tweeting: “After bringing you the best of Tech World, now it’s time to bring to you the best of Entertainment World. Bhai @BeingSalmanKhan, @realmemobiles apka swagat karta hai!”. What’s really interesting, though, is that the image in the tweet below is seemingly shot by the Realme 6, with a watermark on the bottom left indicating a ‘AI quad-camera setup’ led by an unidentified 64MP image sensor.

In related news, an unannounced Realme device with model number RMX2040 has been certified by the US Federal Communications Commission (FCC), revealing a quad-camera set up, notched display, a rear-facing fingerprint scanner and a USB-C port. Rumors suggest that this could be Relame 6 or Realme 6i, although the company is yet to confirm anything officially. Either way, with the company all set to announced more about its Realme 6-series tomorrow, we shouldn’t have to wait too long to get more information.

Realme Explains Why It’s Adding Ads to Its Smartphones

Realme 6 Series Set to Launch on 5th March in India