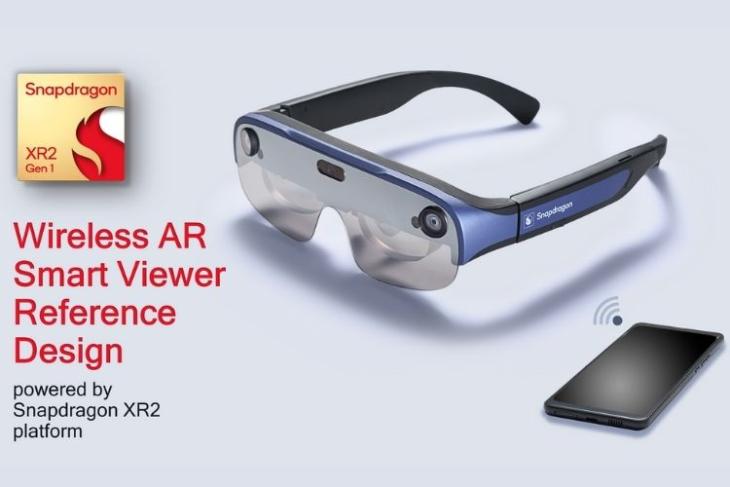 Qualcomm stepped foot into the extended reality (XR) segment in the market back in 2018 with the unveiling of its XR1 platform for AR and VR headsets. Earlier this year, we saw the company partner with Microsoft to develop a custom chip for future AR glasses. Now, at its recent Snapdragon launch event in China, Qualcomm has introduced a new “Wireless AR Smart Viewer” reference design powered by its XR2 platform. Check out the details below to find out more.

In an official press release, Qualcomm mentions that its new AR reference hardware has been developed by China-based company Goertek and has a more ergonomically balanced weight distribution for increased comfort.

It features dual micro-OLED binocular displays, providing UHD-quality content at a 90Hz refresh rate to each eye. The wireless AR headgear also has dual monochrome cameras and an RGB sensor to enable six degrees of freedom (6DoF) head and hand tracking to deliver an accurate-yet-immersive AR experience to users.

However, the highlight of the new Wireless AR Smart Viewer is its wireless functionalities and low latency of less than 3ms. To achieve these, Qualcomm integrated its powerful XR2 platform into the device, combining it with its FastConnect 6900 system. As a result, the new AR hardware reference device supports Wi-Fi 6/ 6E and the latest Bluetooth technologies to allow users to get the fastest commercially available speeds and increased range.

With this, Qualcomm aims to establish the base for developing premium, wireless AR headsets powered by its XR2 platform. According to the company, the new reference design will enable “OEMs to build the next generation of untethered augmented reality (AR) to enable immersive experiences that unlock the metaverse” and help scale AR to the masses.