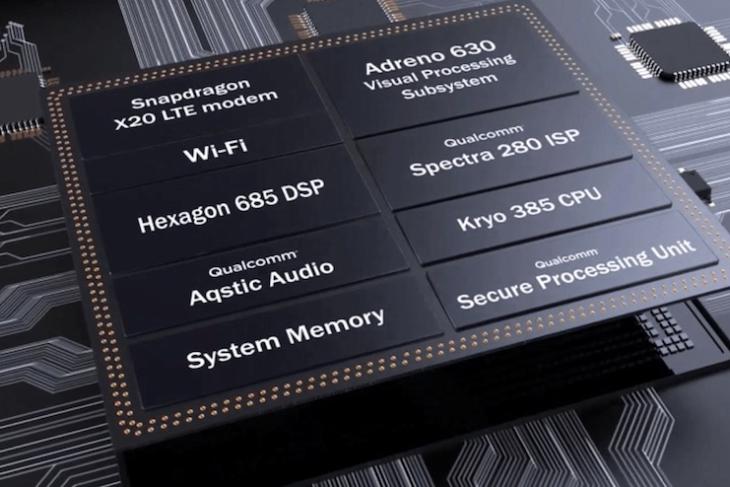 Qualcomm’s ongoing Technology Summit has seen the release of some of the newest and coolest products in the world of technology. It started with the reveal of Snapdragon’s flagship processor for 2018, the Snapdragon 845, and then we saw Snapdragon 835-powered Windows laptops with awesome features like Instant-on and 20-hour battery life. Well, today, the company also released its latest mobile GPU, the Adreno 630, and it’s awesome.

It’s about 30% faster than its predecessor while also being 30% more power-efficient at the same time. It also has more than twice (2.5 times to be exact) the display throughput than the Adreno 540. This means that this GPU is a screamer and will handle everything you can throw at it with ease.

But that’s not the only improvement it’s bringing to the table. Adreno 630 has been specially designed with a huge focus on virtual reality (VR) and augmented reality (AR) experiences. For example, the company talked about the new Adreno Foveation technology which uses a tile-based rendering technique that decreases the resolution in areas that are not being viewed. The areas falling outside the Fovea vision do not render completely and those inside the vision are rendered at a higher resolution.

That is all a technical jargon way of saying that the chip will be smart enough to know where you are looking when using an AR/VR headset and renders that area first which lie inside your viewing range. Not only that it also supports Multiview rendering which frees up CPU and GPU cycles along with the DRAM by rendering objects first to the left eye buffer, and then copying them to right eye buffer, making adjustments for position, reflections, and rendered objects and elements as needed.

Lastly, Adreno 630 supports a wider range of headsets as it can support up to 2K*2k resolution at 120 frames per second. All this power along with nifty rendering techniques like Adreno Foveation and Multiview should result in a far better mobile gaming as well as VR/AR experience.