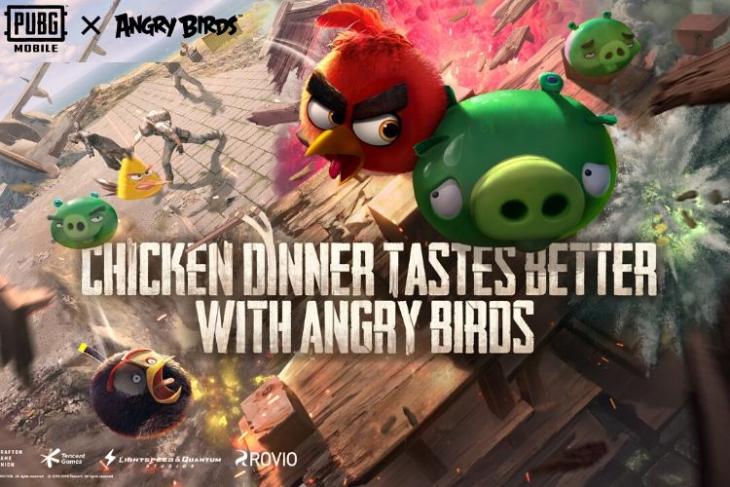 PUBG Mobile recently bagged the 0.16.0 update and it brings a number of new features and the RageGear mode in tow. The game has now added more exciting content, along with a major nuisance, in partnership with Rovio Entertainment’s Angry Birds franchise.

Angry Birds celebrated its 10th Anniversary earlier this week for those unaware, and it looks like PUBG Mobile is joining the party with a dedicated mini-game and missions to seize additional rewards.

Talking of the mini-game, you will find it in the spawn area of each map and it’s sure to bring back some memories. There’s a familiar yet complex pig tower in the spawn area, and every player is equipped with Angry birds – including one bomb (black), one Chuck (yellow), and 5 Reds. You can pick them from the throwables inventory and destroy the tall-standing pig tower.

The Angry Birds have a set of jobs for you! Earn Snow Balls by completing missions in game, and use the snow balls to break the Birds out of ice. The more points you earn, the better the rewards get! pic.twitter.com/SytpGzGV10

In an official tweet, we also learned that you can complete in-game missions to receive snowballs. It has been dubbed the Angry Birds Adventure as you have to use snowballs received to free birds captured in ice – a concept that’s been carried forward to Erangel. The rewards include an Angry Birds frame, loot crates, PUBG Mobile skins.

You and 99 other players will have the chance to destroy the pig tower and you will be witness to an “Angry Birds” hologram once all pigs are done for. It’s a fun concept and could have been a perfect homage to this classic game but it’s not. It’s irritating and a nuisance for players in PUBg Mobile’s spawn area.

As you can see in the video attached below, throwing your explosive birds at the tower causes them to make a loud chirp. Now, imagine around 50% of players on the spawn island throwing the explosive birds at each other. It’s just chaotic and forces players to instantly turn down the volume.

Now, if you are someone who wants to put an end to this chaos, here’s a handy trick we discovered this morning. Hop into your PUBG Mobile settings, scroll down to “Audio” and turn off the “SFX” sound effects for when you are on the spawn island. You will no longer hear the irritating bird and blast sounds.

Once you are in the plane, getting ready to jump, go back to audio settings and turn on SFX sound effects. It’s a bit of a hassle but will work wonders for your sanity if you’re a PUBG Mobile player. Am I right? Let us know your thoughts in the comments section.