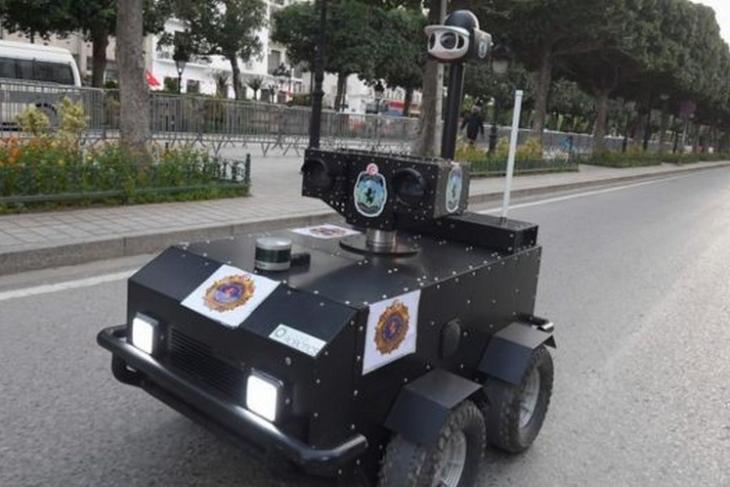 As the current Novel Coronavirus pandemic is showing no signs of slowing down, the whole world is sitting inside their homes to stop the spread of the deadly disease. In most of the countries, the governments have announced a mandatory lockdown that prevents citizens to go out of their homes. However, there are some people who are just being stupid by going out and carrying on their regular life. To prevent this, the law enforcers in Tunisia have deployed a police robot for patrolling the streets of Tunis, the capital of the country.

The Interior Ministry of Tunisia has deployed several of these patrolling robots known as PGuard. These black-coloured PGuards are essentially the official employees of the Police force. When they see a citizen in a deserted street, it rolls up to them to ask them why are they out on the streets. 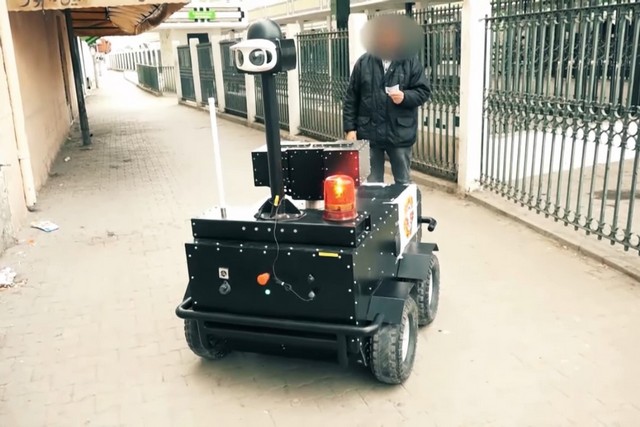 These robots are manufactured by Enova Robotics, a Sousse-based company. Before the world changed, Enova Robotics catered to many private firms, according to the Chief Cales Officer, Radouhane Ben Farhat. Apart from manufacturing the PGuards, the company also manufactures robots for healthcare facilities, similar to Diligent Robots’ Moxi.

Now, the PGuard Police robot works by using a thermal-imaging camera and LiDAR (Light Detection and Ranging) technology. It also comes equipped with loud-speakers and microphones to enable communication between the citizens and the Police Department.

The Interior Ministry of the country shared a video (below) on Facebook to showcase the PGuard. In the video, the PGuard is seen to stop many of the citizens to ask them why they are out on the streets. It is basically controlled by Police personnel from the Control Room.

When someone is caught by the robot, the Police personnel can question through the loud-speaker and hear the citizens through the microphone attached to the robot. They can tell the citizens to show their IDs and the proper documents to prove their purpose of going out.

We have seen the rise of robots in healthcare sectors and now these friendly machines are taking on law enforcing jobs. It is quite an efficient effort by the country as robots cannot get infected by the Coronavirus and hence cannot spread it. So, in this time of compulsory social distancing, the PGuard is at service to lessen physical human interactions.