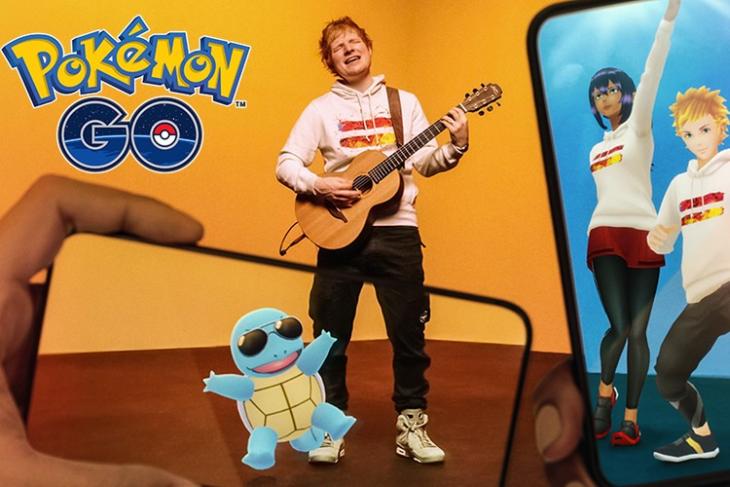 Niantic’s Pokemon Go has been a massive success in the market since its inception back in 2016. Since then, the Pokemon Company has tried to expand its userbase by organizing various social events that players can participate in to earn special rewards and catch rare Pokemons for their collection. Now, the company has partnered with the popular pop artist Ed Sheeran for a limited-time in-game event in Pokemon Go.

Niantic recently shared an official blog post to reveal the details about the upcoming in-game event involving Ed Sheeran, after the pop star teased the collaboration earlier on social media. The event will commence on November 22 (Monday) and will continue for a week, before ending on November 30.

During the limited-time event, Pokemon Go players will be able to experience a special performance by Sheeran, playing songs from his latest album titled “=” (Equal). The performance will include songs like Perfect, Shivers, Bad Habits, Thinking Out Loud, and more. However, Niantic did not reveal the form of the special concert yet. So, it could be a pre-recorded video of Sheeran playing the songs or a virtual performance by the artist’s 3D avatar in the game. Niantic says that players will be able to check out the performance in Pokemon Go’s News section during the event period.

Other than this, players will also get the chance to collect a special edition “=” sweatshirt for their in-game avatars during the time-limited event. Furthermore, Sheeran’s popular song “Overpass Graffiti” will play every night in the virtual world of Pokemon Go during the event period.

Moreover, as Ed Sheeran is fond of water-type Pokemons, players will encounter various water Pokemons like Totodile, Mudkip, Oshawott, and Piplup more often. Plus, if you are lucky enough, you could also encounter a special sunglass-wearing Squirtle and a Froakie in the wild.

Now, it is worth mentioning that it is the first time Niantic is partnering with a pop artist for an in-game event in Pokemon Go. We usually see these kinds of events in Epic Games’ Fortnite to lure new users in the game. So, Niantic is now taking a page out of Epic’s notebook to expand the userbase of its uber-popular AR title Pokemon Go.

Are you excited about the Pokemon Go x Ed Sheeran collab? Let us know your thoughts in the comments below.