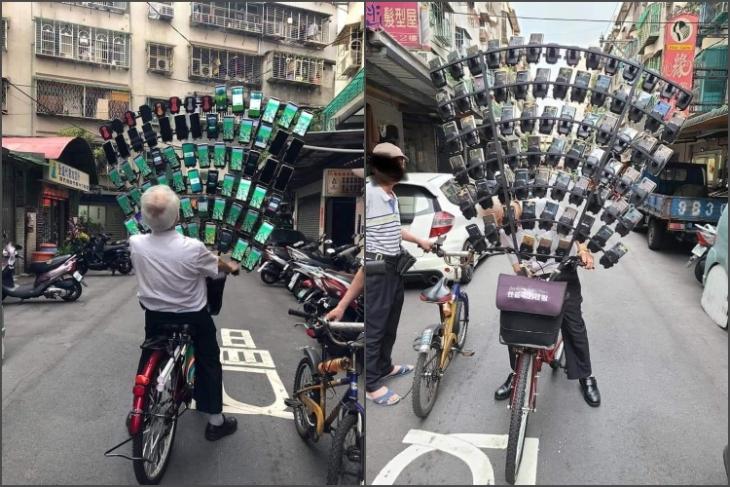 Since its launch back in July 2016, Pokemon GO became an obsession for many Pokemon fans around the globe. Players went crazy looking for the pocket monsters and that includes me too. However, no matter how crazy you or I have been playing this game, I bet we cannot top this “Uncle Pokemon” from Taiwan playing the game with 64 smartphones.

Chen San-yuan, a 70-year-old man from Taiwan, went viral back in 2018 when he was playing Pokemon GO with 11 smartphones attached to his bicycle. Over the years, his collection of smartphones only increased rather than decrease. Now, the man has made the ultimate Pokemon-catching rig in order to catch ’em all.

He made a contraption at the front of his bicycle that can hold 64 smartphones together and kinda looks like a Peacock if you look from far away. Now, with this rig, the man roams around the neighborhood looking for rare Pokemons to catch.

In a past interview, Chen revealed that he is not into gym battles or public raids. Instead, he plays the game just to catch rare Pokemons and evolve them.

The 70-year-old got to know about the game from his grandson and after playing the game he clearly became obsessed with catching all the rare being in the Pokemon universe. Well, with this stupidly amazing setup that he got now, I think he finally might become the one true “Pokemon Master” that Ash aspired to be from the beginning of the series.