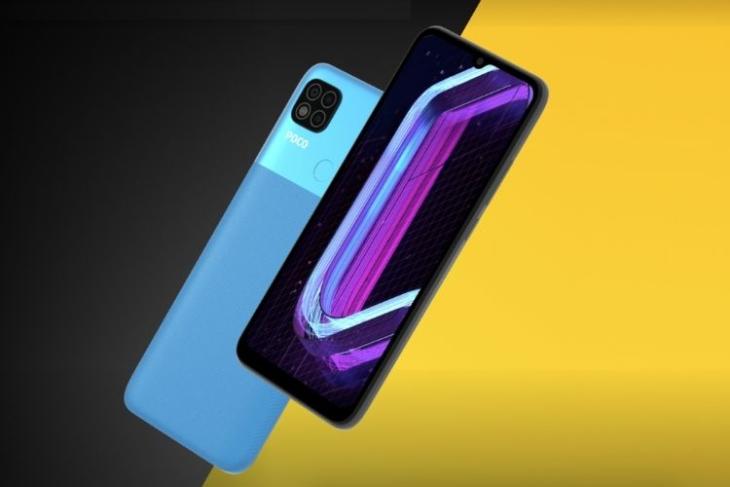 With the festive sale season right around the corner, Poco has launched a new entry-level C-series in India. Dubbed the Poco C31, it is a successor to Poco C3 that was launched earlier last year. Poco C31 brings minor but significant upgrades over its predecessor, including improved cameras, a fingerprint sensor, and more.

As one would expect from an entry-level phone, the Poco C31 boasts a polycarbonate back panel with a dual-tone pattern design. You now also have a fingerprint sensor on the rear, which was missing on the Poco C3. The device features a 6.53-inch HD+ LCD display with a 20:9 aspect ratio and 1600 x 720 resolution. The front also packs a 5MP selfie camera housed in a waterdrop notch at the top.

Under the hood, the smartphone is powered by the same MediaTek Helio G35 chipset as its predecessor. You will also find up to 4GB of RAM and up to 64GB of onboard storage, which is expandable up to 512GB via a dedicated microSD card slot. Poco C31 runs Android 11-based MIUI for Poco out-of-the-box.

Turning our attention back to the rear, the smartphone includes a triple camera module with a 13MP primary sensor, a 2MP depth sensor, and a 2MP macro camera – the same as its predecessor. Poco has also added Night mode to the rear camera and Face Unlock on the front camera.

Poco C31 also comes equipped with a 5,000mAh battery with 10W charging support via the USB-C port at the bottom. The device also supports Bluetooth 5.0 and Wi-Fi 802.11 b/g/n to round up the connectivity options.

Poco C31 has been priced starting at Rs 8,499 for the 3GB+32GB base variant. The higher-end 4GB+64GB variant will see you shell out Rs 9,499 in India. The device will be available to buy in 2 color variants, namely Shadow Grey and Royal Blue. It will go on sale starting from 3rd October with Rs 500 instant discount, exclusively on Flipkart in India.