The OnePlus 6T‘s in-display fingerprint sensor is blazing fast and also happens to be one of its standout features, but it appears that Screen Unlock becomes even faster over time. In an official blog post, OnePlus explained that every time users put their finger over the sensor, it not only recognizes the fingerprint pattern to unlock the smartphone, but also records some more fingertip regions that were not in the database during the initial set-up.

The new fingerprint data is then stored alongside the older records to create a complete profile of the fingerprint patterns from different angles and positions, and the phone uses it to further speed up the authentication process. 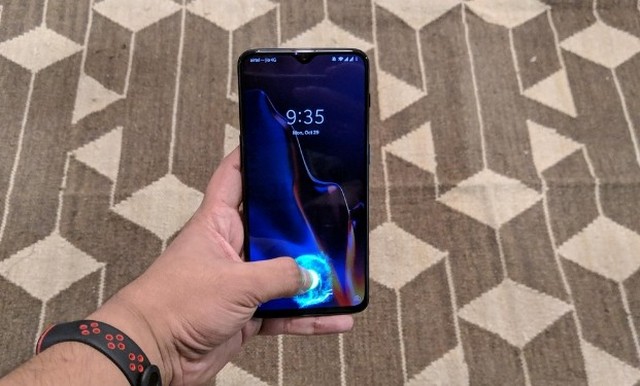 Every time a user successfully unlocks the phone with their fingerprint, the sensor also records areas of the finger that weren’t registered in the initial fingerprint setup stage. This fingerprint data is then added to the data the phone already holds, making it more complete. So, every time the in-display fingerprint sensor is used, it gathers more data about the user’s fingerprint. This means that over time, the phone will unlock even faster.

In addition to recognizing previously unregistered fingerprint patterns and adding them to the database, the Screen Unlock algorithms can also identify when the fingertip is wet or has a scar from a small cut. This irregularity is also logged in the database, so the next time you try to unlock the OnePlus 6T when your thumb is wet, the unlock speed will be slightly faster than the first time.

If you are unaware, the OnePlus 6T’s in-display fingerprint sensor can also be used to quickly launch apps. Just long press the sensor area even after the device unlocks to open an app drawer. Slide your finger on the app slider to select the app or a shortcut you want to launch. The quick launch feature can be enabled from the ‘Quick launch’ tab in the ‘Utilities’ section where users can add the apps and shortcuts they want to access.