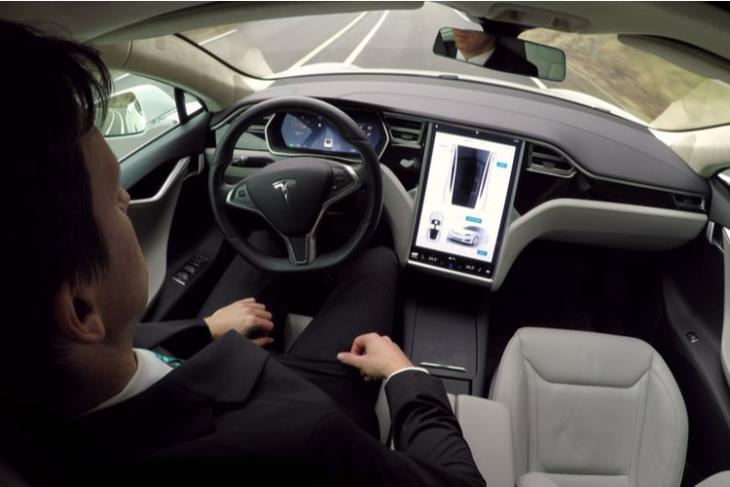 As the Tesla cars come equipped with an advanced Autopilot system onboard, some drivers tend to misuse that by simply being stupid. This has led to several on-road accidents as drivers often become irresponsible by taking unfair advantage of the self-driving system in Tesla cars. Similarly, an NRI Tesla owner in San Francisco feels safer in the backseat of his Tesla Model 3 rather than driving the car himself.

Earlier this week, 25-year-old Param Sharma was arrested on suspicion of reckless driving after he was seen in his backseat while his Tesla drove on Autopilot across the Bay Bridge from San Francisco to Oakland.

California Highway Patrol (CHP) officials pulled him over and arrested him as this wasn’t his first time ignoring the guidelines on Autopilot. Sharma was spotted several times before this week’s arrest around the same area in different Tesla Model 3s. He was always seated in the backseat with one foot on the wheel while the car was driving with Autopilot turned on.

Several clips of him surfaced on Twitter where he can be seen on the back seat in a moving Tesla. Sharma was then booked after multiple 911 calls reported a driverless vehicle on the street.

Well, Tesla’s Autopilot advanced driving assistance system keeps the car in its lane, slows it down, and speeds it up as required. With some tweaks with the settings, the car can also change lanes and take exit ramps on its own. However, Tesla has made it clear that the Autopilot system needs an attentive driver with their hands on the wheel and prepared to take over whenever needed. Sharma tricked the sensors into thinking someone was on the driver’s seat by just placing one of his feet on the steering wheel from the back seat.

“This car doesn’t make any mistakes,” Sharma expressed his confidence in Tesla on a local news station KTVU.

After he was released for his previous crime, he was again spotted driving a new Tesla, once again from the back seat, as the CHP impounded his previous one. Looks like some people choose to remain stupid even after getting their lesson.