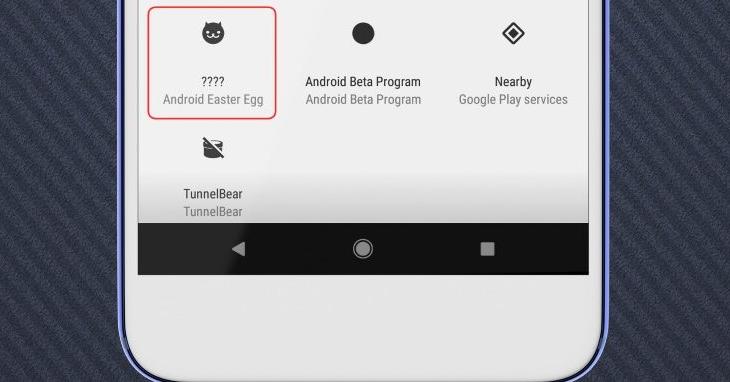 Google has always been super into including easter eggs into Android, very much like the Flappy Bird game in Android 5.0 Lollipop or the Neko Atsume ‘cat-collecting’ easter egg in Android 7.0 Nougat. The latter was a patient-testing game, which involved baiting virtual cats into consuming served foods. It was a really fun and cool easter egg added to Nougat but it seems the same has now been carried forward to Android Oreo as well.

A user on Reddit discovered that the Nougat easter egg was still visible in the notification center when he updated his device to Android Oreo. He could still bait cats into eating the snacks placed on the empty plate, which showed up in the notification shade after a while. He could also view the complete list of cats he had baited in the game.

The Nougat easter egg didn’t make an appearance for me even though I had updated my original Pixel to Android Oreo months ago. But, I later found that it may be because I had forgotten to activate Nougat’s easter egg before upgrading to Android Oreo or flashed the Pixel (or Nexus, for you!) prior to the update.

If you’re facing the same challenge, there’s no need to fret. You can still access the Nougat easter egg by following this step-by-step guide:

1. Install a custom launcher, such as Action launcher (Free) on your Oreo-powered device. Long press on the homescreen and pick the ‘activities’ widget. You now need to select the ‘.neko.NekoActivationActivity’ shortcut to place on the homescreen. 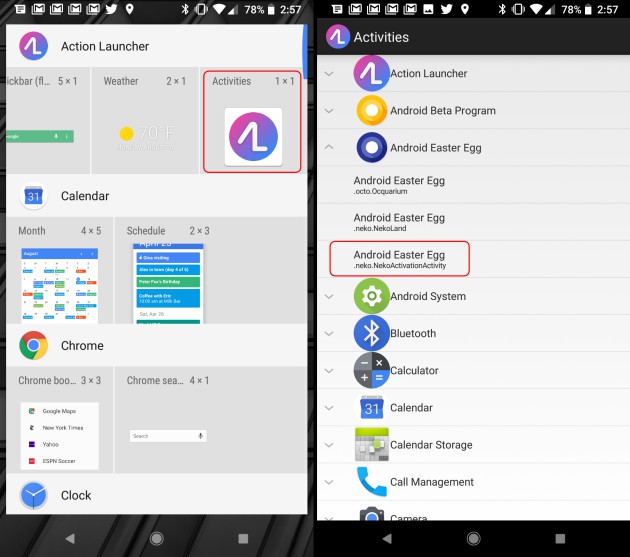 2. Now, tap on the Android Easter Egg shortcut that’s been created on your device to activate the feature. You’ll see a cat emoji appear at the very bottom of the display, which confirms that the cat collection easter egg is now available on your device.

3. You can now swipe down to open the notification shade, where you’ll need to tap the “pencil” icon at the bottom right to edit the contents of the same. Scroll down to the very bottom of the edit screen and you’ll now see the ‘??? Android Easter Egg’ option appear there. 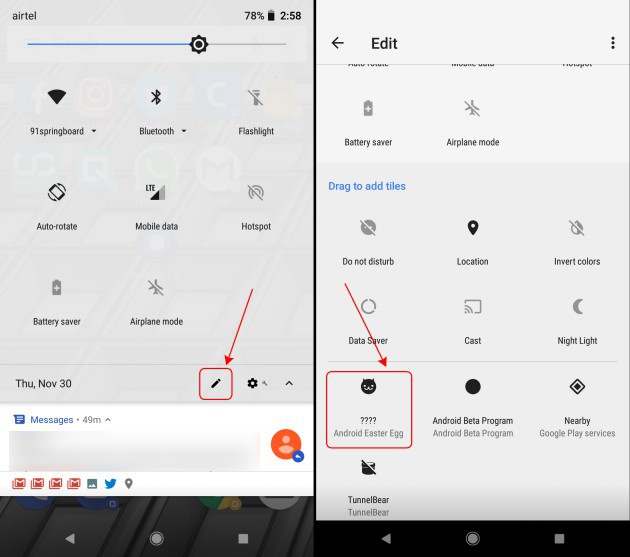 4. Once you move the ‘Nougat easter egg’ game widget to the notification shade, you’ll see an empty dish where you can serve four different types of foods to bait the cat. You can choose between food bits, fish, chicken and a biscuit treat. 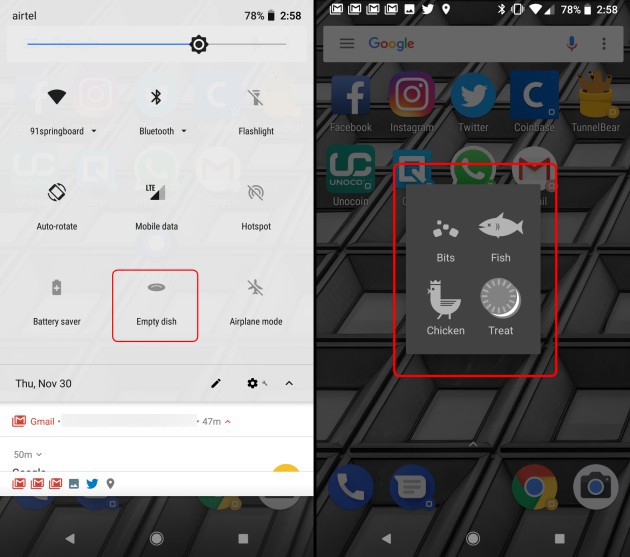 5. The food you placed on the empty dish attracts a virtual cat and you’re notified of the same. As you can see underneath, I placed a fish and Cat #777 came my way. This is a minimalistic game that doesn’t need much attention but is quite fun. 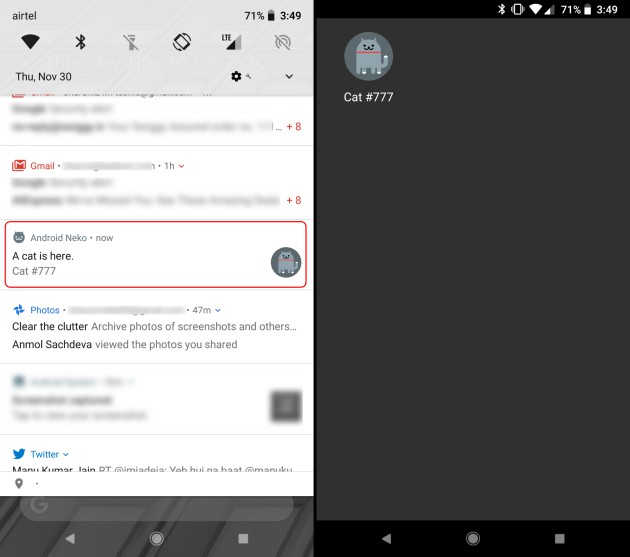 To view the cats you’ve attracted, you can either long press on the empty dish icon in the notification shade or make a new widget (this time for the .neko.NekoLand activity) using the process explained above.

I only have one cat for the time being but I’m going to work on attracting more right away. This baiting game is a great way to kill time, so you should also try to collect as many cats as possible. Do you have the Nougat easter egg on your Oreo-powered Pixel or Nexus? If not, are you planning to activate this feature? Let us know in the comments down below.