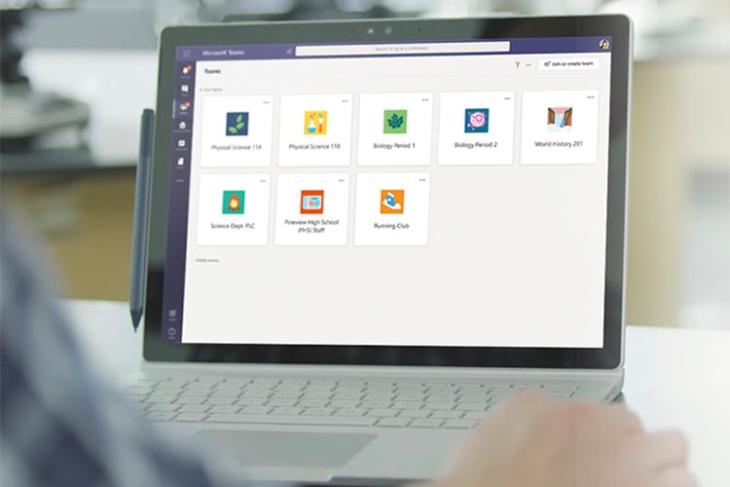 The new features announced for Microsoft Teams include the following:

1. Accommodate 49 Participants on a Single Screen

The grid view in Microsoft Teams is going to expand. The company is replacing the current grid view with a new 7×7 grid. This will allow Teams to display up to 49 participants on the screen at the same time. Microsoft thinks this will help increase remote engagement among students. The feature will be available later this month as a preview and will roll out widely later this year.

Teams will also allow teachers to create virtual breakout sessions in the app. This will let smaller groups of students meet and collaborate towards the end of the year.

In order to increase student participation in virtual classes, Teams will now allow them to digitally raise hands. This should prove useful in class meetings, or random pop-quizzes.

Teachers will also get access to attendance reports. Moreover, later this year, Teams will show teachers insights into student attendance, participation, and more.

Teams is also getting new meeting options that will prevent students from starting meetings unattended. Teachers will also be able to decide who gets to present in a meeting, and ensure that only assigned students can join into a class.

Teams allows users to blur their background, and recently started letting users set custom images as their background as well. Now, it will also let users customise their own images.

Along with all of those features, Microsoft is adding integrations with Kahoot, Prezi, GO1, Nearpod, Piazza, Gaggle, Moodle, Canvas, and other services. The company is saying that it will add more integrations with time.