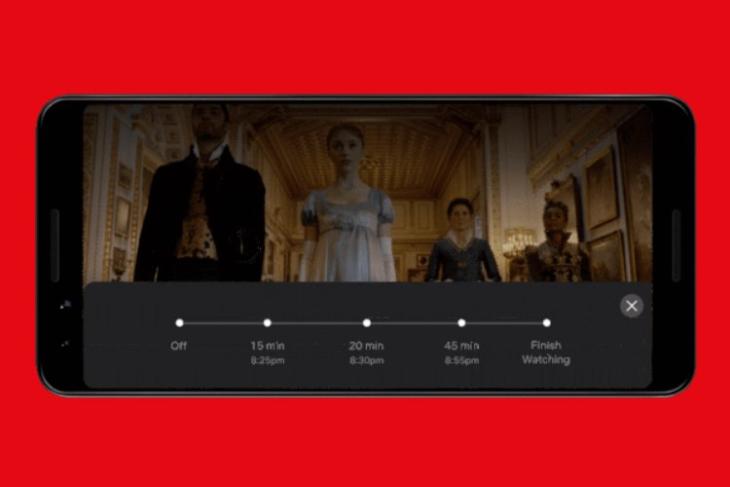 Netflix has been testing a lot of new features for its mobile app, of late. After the audio-only mode, the streaming giant is now testing a sleep timer on Android. This will allow users to set a timer, up to 45 minutes or the end of a movie, that powers down the app once the time runs out.

First reported by The Verge, the sleep timer will show up at the top right corner of the playback screen. Tapping the timer button will offer you four timer settings, i.e 15 minutes, 20 minutes, 45 minutes, or Finish. The latter will close the app when the currently playing episode ends. You can see that Netflix even displays the exact time when the sleep timer will go off.

How to Enable Sleep Timer on Netflix

Note: I tested the sleep timer on Netflix version 7.88.0 build 8 35303 on my OnePlus Nord running Android 11-based OxygenOS 11 open beta 2. Also, there are no visuals shown under the overlay buttons as Netflix blocks the ability to screenshot content.

This feature is available only to select Android users at the moment. I seem to be one of those lucky users, so let me give you a quick rundown of how to enable the sleep timer on the Netflix Android app.

1. Open the app and play the movie/ TV show you want to binge-watch.

2. At the top right corner, you will notice a new timer button.

3. Tap on the timer button to see a pop-up from the bottom with the four different timer settings.

4. I selected the Netflix app to shut down after 15 minutes. You will now see the timer countdown at the top right corner. I had 10 minutes left when I took this screenshot.

5. Now, when you only have 30 seconds left, Netflix will give you the option to snooze the timer and go on for another 15 minutes. 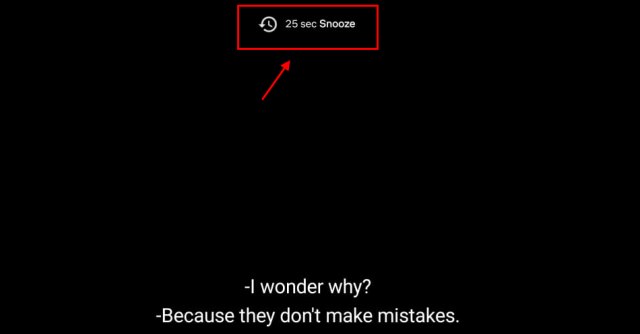 Else, the app will shut down and you can go to sleep peacefully, knowing episodes are not autoplaying and you are conserving battery life. This feature is currently available only on adult profiles (not Children) on the Netflix Android app. Once the test period ends, the streaming giant will look at the feedback and then roll out the feature to the general masses.

There is currently no concrete timeline for when the sleep timer will roll out to every Netflix subscriber. This is a really useful feature for people like me who like to watch an episode or two of anime before going to bed. With the timer enabled, I could just doze off watching an episode and the app will take care of my progress and battery life.