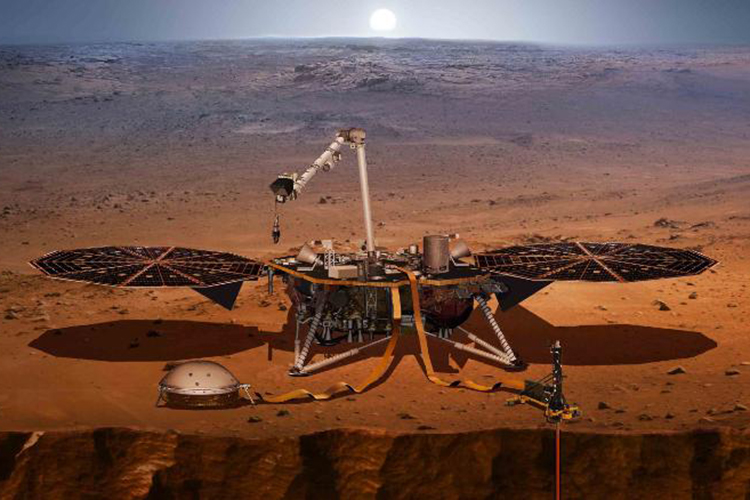 In a bid to make an organised effort to overcome the obstacles that lie before a human journey to Mars, NASA has decoded some hazards that astronauts can encounter on a continual basis on the Red Planet.

The space agency’s Human Research Programme (HRP) used ground-based analogs, laboratories, and the International Space Station (ISS), to evaluate human performance and countermeasures required for the exploration of Mars, expected to be in 2030s.

The team divided the hazards into five classifications — radiation; isolation and confinement; distance from Earth; gravity (or lack thereof); and hostile or closed environments.

To mitigate this, deep space vehicles will have significant protective shielding, dosimetry, and alerts.

Further, crews are to be carefully chosen, trained and supported to ensure they can work effectively as a team for months or years in space.

Another hazard is the distance from Earth. Mars is, on average, 140 million miles from Earth and, as the astronauts would be leaving for roughly three years.

For example, when astronauts aboard the ISS face a medical event or emergency, the crew can return home within hours. Additionally, cargo vehicles continually resupply the crews with fresh food, medical equipment, and other resources.

However, once you burn your engines for Mars, there is no turning back and resupply.

“Facing a communication delay of up to 20 minutes one way and the possibility of equipment failures or a medical emergency, astronauts must be capable of confronting an array of situations without support from their fellow team on Earth,” NASA said.

A human mission to Mars can also encounter the variance of gravity.

On Mars, astronauts would need to live and work in three-eighths of Earth’s gravitational pull for up to two years. This can impact their bones, muscles, cardiovascular system.

NASA is identifying how current and future, US Food and Drug Administration-approved osteoporosis treatments, could be employed to mitigate the risk for astronauts developing the premature bone loss condition.

The spacecraft bound to Mars will include important habitability factors such as temperature, pressure, lighting, noise, and quantity of space. It’s essential that astronauts are getting the requisite food, sleep and exercise needed to stay healthy and happy.

“While these five hazards present significant challenges, they also offer opportunities for growth and innovation in technology, medicine and our understanding of the human body,” the space agency stated.