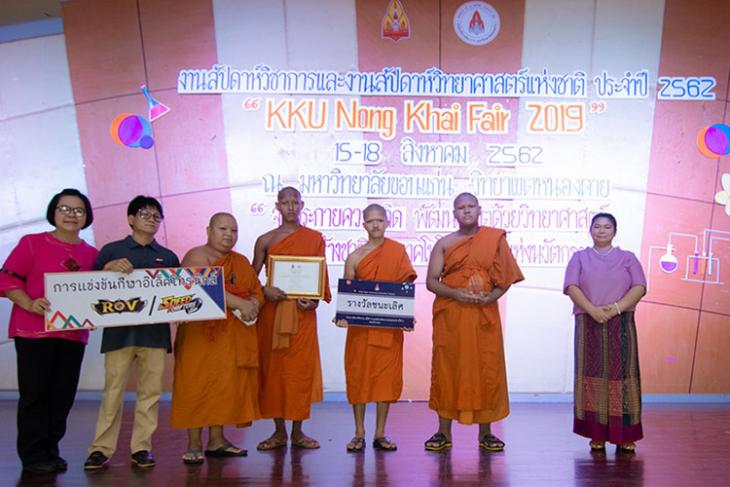 A group of young Buddhist monks went viral last week after reportedly winning an e-sports tournament at Khon Kaen University’s Nong Khai campus in Thailand as part of the school’s KKU Nong Khai Fair 2019. According to World of Buzz, the winner are seniors at a monk-training school called Balee Sathit Suksa in northeastern Thailand.

The students are said to study only around 20-hours a week, with the rest of the time spent on traditional curriculum as part of their training to become Buddhist monks. As per Thai media, the youngsters were introduced to video games through a computer class “which some of them took a liking to, and began training every day whenever they had the time”.

Meanwhile, even though the young men have largely received praise from around the world, some within the country have criticized them for wearing religious attire at the competition. “Usually I don’t make a big deal out of religious things, but I think this is inappropriate. It’s not illegal nor is it extreme, but I just feel like the monks should not have worn the robes to compete in the tournament”, said one Twitter user, although their concerns were dismissed by Kokkiad as unreasonable.