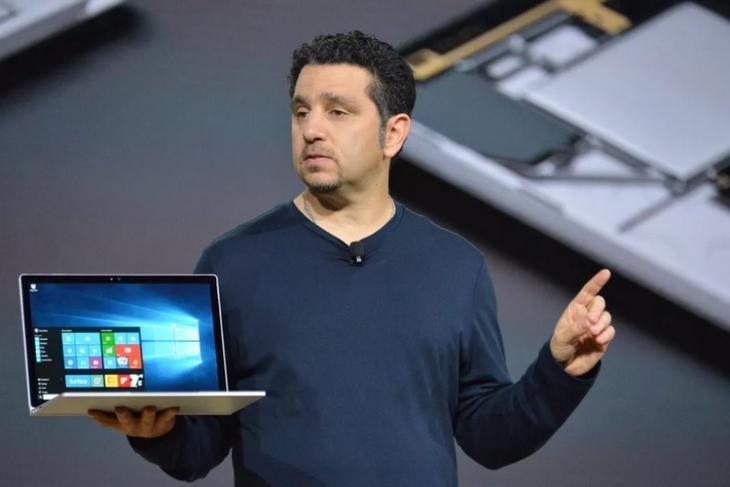 While Microsoft’s Surface line-up of convertibles continues to set higher benchmarks with every new generation, the company has also been rumored to be developing a Surface smartphone codenamed ‘Andromeda‘ with a foldable design. Earlier this month, we also heard from insider sources that Microsoft was working on a ‘pocketable’ Surface device with dual displays, with the goal of creating a new device category that will blur the line between PC and mobile.

The news was certainly exciting, but if you had any hopes regarding its eventual arrival, you are in for some bad news. The chief of Microsoft’s Surface division, Panos Panay, has revealed that there is no device called a Surface Phone in Microsoft’s immediate future.

“I wouldn’t say that it includes a Surface Phone. I think you have to think about where is that unmet need when you’re thinking about your product road-map,” Panos said in an interview with WIRED when asked about the mythical Surface Phone. However, he added that the company is experimenting with different form factors for devices that can transform how people interact with technology on portable devices like a smartphone as well as a full-fledged PC, but the Surface Phone is not one of them for the time being.

Microsoft recently filed a patent application for a foldable smartphone which might feature three screens, with two screens on the sides and one on the hinge to show information such as virtual controls, time, messages, notifications, and calls. The device will be usable in three modes viz. tablet mode, tent mode or like a book. Reports suggest that Microsoft is developing ‘Andromeda’, but the company has pushed the project from late 2018 to 2019 to further refine the hardware and software on a device that will introduce a new form factor.