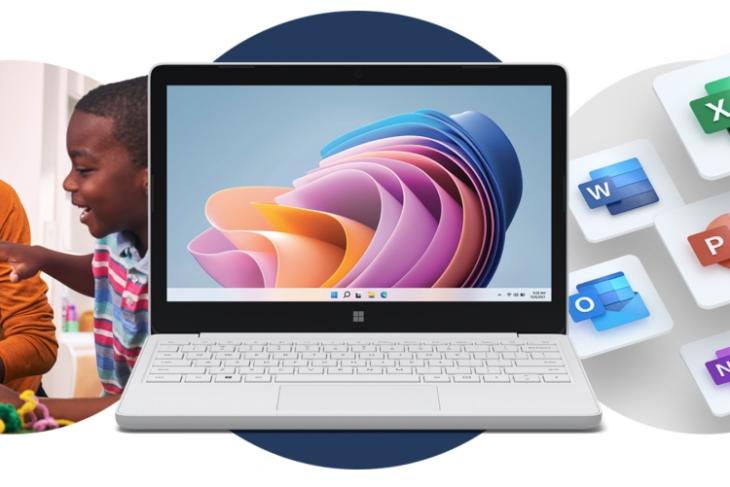 Merely a month after Microsoft started rolling out Windows 11 to everyone across the globe, the Redmond giant has now taken a major step towards building a desktop OS suitable for students. Microsoft has today unveiled Windows 11 SE at its Education’s Reimagine virtual event today.

As Microsoft calls it, Windows 11 SE is a cloud-first operating system built for the K-8 education sector. You can view it as a successor to Windows 10 in S mode, delivering improved security and performance boost to students. With Windows 11 SE, the Redmond giant is looking to rival Chrome OS, which has gained immense popularity and trust among students and teachers alike.

“Windows 11 SE has been optimized for the most used education experiences, including Microsoft 365 applications, supporting both online and offline capabilities,” says the official blog post. This education-focused OS will come pre-loaded with Office apps, including Powerpoint, Word, Excel, and OneDrive. They work seamlessly both online and offline, thanks to a Microsoft 365 license bundled with upcoming 11 SE laptops.

What’s different about Windows 11 SE, you ask? Well, Microsoft states that its new education-focused desktop OS has been optimized for entry-level laptops. The company is reinforcing this idea with its own $249 Surface device called the Surface Laptop SE. It has an 11.6-inch screen, Intel Celeron processors, up to 8GB of RAM and up to 128GB of internal storage, a 720p webcam, and up to 16 hours of battery life.

Moreover, the Microsoft Surface Laptop SE will be joined by low-cost laptops from third-party manufacturers, including Acer, Asus, Dell, HP, Fujitsu, and Lenovo, among others, in the coming months. It is also worth mentioning that these education-focused laptops will most likely be available only to schools and educators.