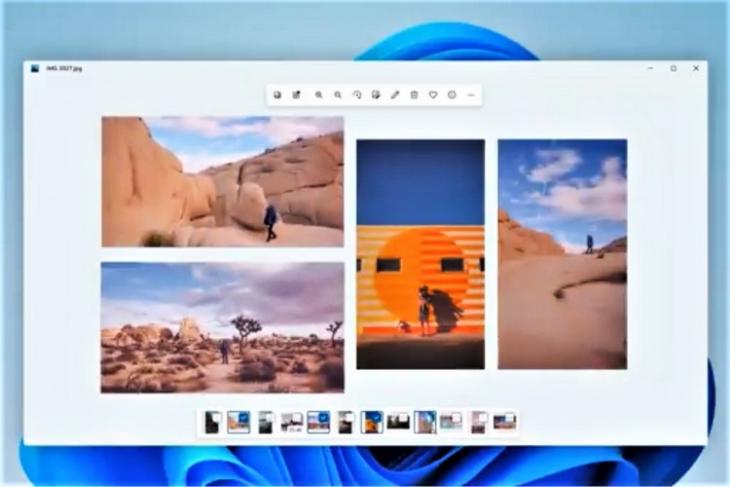 As Microsoft prepares to roll out the public version of Windows 11 from October 5, Panos Panay, the company’s Chief Product Officer, has been teasing new upcoming features and revamped look of various system apps. Panay showcased the new Paint app that will be there in Windows 11 a few weeks ago. And now, he has shared the first look at the redesigned Photos app in Windows 11.

Panay recently shared a tweet along with a short video that shows the new Photos app that will be available in Windows 11. In the video, the Microsoft executive showed some of the significant design changes of the revamped Photos app. You can check out the tweet right below.

Now, as you can see, the new Photos app looks much cleaner and sophisticated than the existing one in Windows 10. Unlike the current Photos app, when you open an image on the upcoming version, it shows the image alone, without the additional tools and options. But, once you hover the mouse pointer on the image, the additional UIs show up.

These include a new carousel at the bottom that displays all your images. You can also select multiple images from the bottom bar and the new Photos app will show them on the same window simultaneously.

Moreover, instead of the static toolbar at the top of the current Photos app, the new version adds a floating toolbar with more options at the top-center. There is a new info button as well that shows all the details of an image with just a click. Moreover, if an image has geotagging information, the new Photos app will display the location on a small map on the right side of the image.

Coming to the availability of the new Photos app, Panay says that it will start rolling out for Windows Insiders soon. However, Insiders are still waiting for the revamped Paint app that was showcased earlier. So, we can expect Microsoft to deliver both the revamped apps with a future update in the Windows Insiders Dev channel.