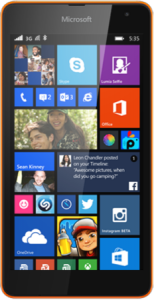 The Microsoft Lumia range represents a change in the smartphone industry that has been long coming and now we have been so numbed to it, that we are hardly noticing as it is sweeping us along. This is iconic – it is the end of an era and most importantly the end of the Nokia brand, at least for a couple of years, if not in totality. Nokia, for sure, will never be the same again and the brand that had a major hand in bringing the smartphone industry to where it is today has fallen victim to the market forces.

Alas, Nokia is dead and buried with no fine funeral.

Now that we have cried all that we could about Nokia, let’s have a look at its nemesis – Microsoft Mobiles. The fact that Microsoft has chosen a range smartphone [The Microsoft Lumia 535 is priced around $140], might be an indication that despite the change in name, there might be no change in strategy. Microsoft Mobile may continue to cash on Nokia’s success in the budget market. 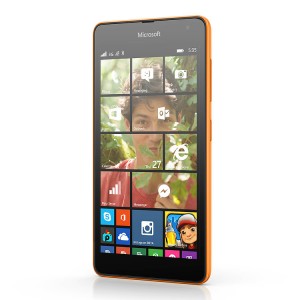 The interesting thing about the Lumia 535 is not its specs, but its looks. It looks pretty good and is pretty thin in comparison with its predecessors at 8.8mm.

While China, Hong Kong and Bangladesh will have the first jab at the Lumia 535, the Indian availability of this device is not yet known. What we can say is it will have a huge amount of competition waiting for it here: 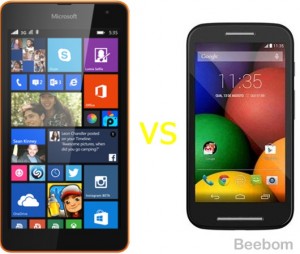 The Motorola Moto E kind of settles around with similar specs, albeit with a much smaller display. But a 4.3-inch display is not a disadvantage for the Moto E. Since it has the same display resolution as the Microsoft Lumia 535, it will have a better display density at hand. Both phones have 1 GB RAM, Corning Gorilla Glass3, 5-megapixel rear cams and a good battery in tow.

Everything now depends on how Microsoft prices itself in the market. 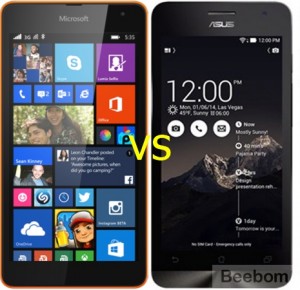 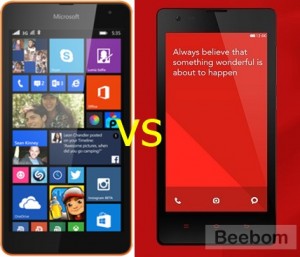 This is one phone, that will give tough competition to the Micrsoft Lumia 535 – the Xiaomi Redmi 1s has a 5-inch 720p display, AGC Dragontrail glass, 1 GB RAM, 8 GB internal memory, an 8-megapixel rear cam and a 2000 mAh battery. This one might be a tough potato for the Microsoft Lumia 535.

Recommended: The Nexus 6 Necromancy: To Buy Or Not To Buy

Trust us to keep you posted and get you all the bytes on the Microsoft Lumia 535.