When it comes to custom launchers for Android, the first option that comes in mind for a lot of people is Nova Launcher. While that is quite natural as the launcher has been there for a long time providing a lot of features and customizations, many of you might be looking for new launchers with more new cool features which inspired us to compile this list of 5 new Android launchers you should totally check out.

The first pick in this list is Lawnchair, which is my favorite launcher ever since I found it. There are a lot of customizations in the launcher which lets you dive deep into details to make your phone just as you want. And speaking of attention to detail, I must mention the eye-candy Settings of the launcher which is total bliss to look at. You can customize everything from themes, desktop icons, home widget, dock, and app drawer. It also allows a few handy Gestures like Double tap to sleep the device.

I have been personally using the launcher ever since it got released and I would totally recommend it. If you need to be one of the first ones to receive and test the latest update, do join their Telegram Channel here and download the latest version of the launcher. You can also install the Play Store version if you need completely stable builds. 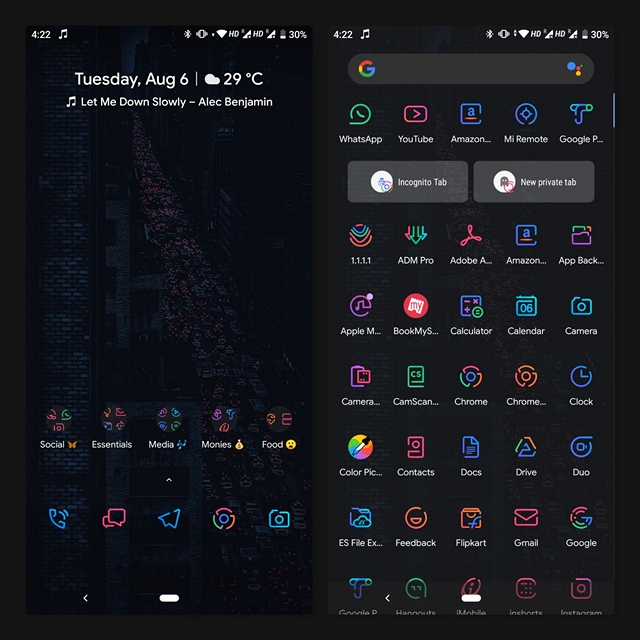 Hyperion Launcher is another great launcher if you need a few more in-demand customization features. The launcher is developed by the team behind popular theme engine Substratum.

The launcher can be downloaded from the Google Play Store for free. However, you will have to make an in-app purchase of Rs.159 or buy Hyperion Supreme unlocker app for the same cost to get access to more features like Gestures, disabling app suggestions, smart widgets and much more. One of the unique features Hyperion launcher has over other launchers is the support for locking apps using fingerprint but you will get that only when you buy the app. 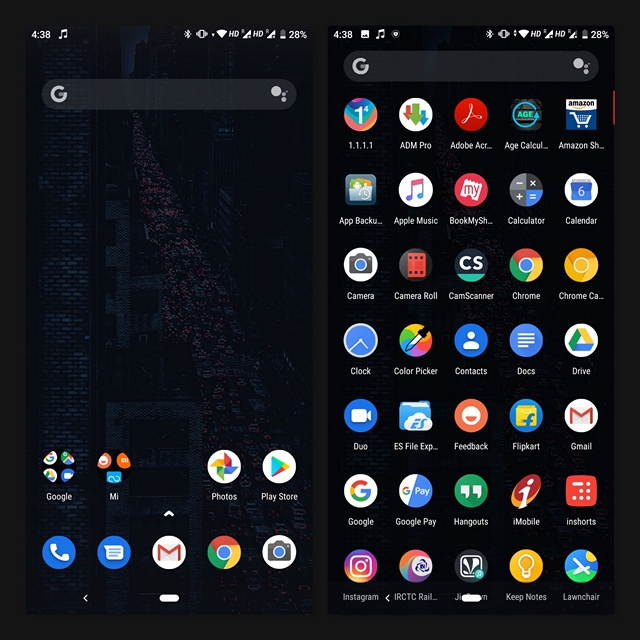 Niagara Launcher is undoubtedly the most unique looking launcher in this list. Upon installing the app, you will be asked to select your favorite apps to appear on the home screen. The rest of the apps can be accessed by swiping the alphabetical list to the left. There is also a handy music widget built into the home screen to control your music. 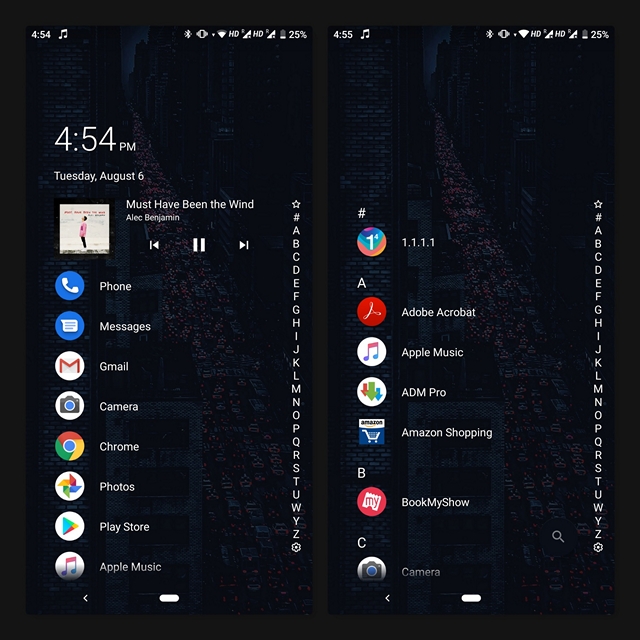 If you are someone who loves the Pixel launcher and want to make a few customizations, Customized Pixel Launcher would be your best bet. Also, the fingerprint lock feature I was talking about in Hyperion launcher is available here for free. The app is available for free and you can buy the donate app if you would like to support the developer. 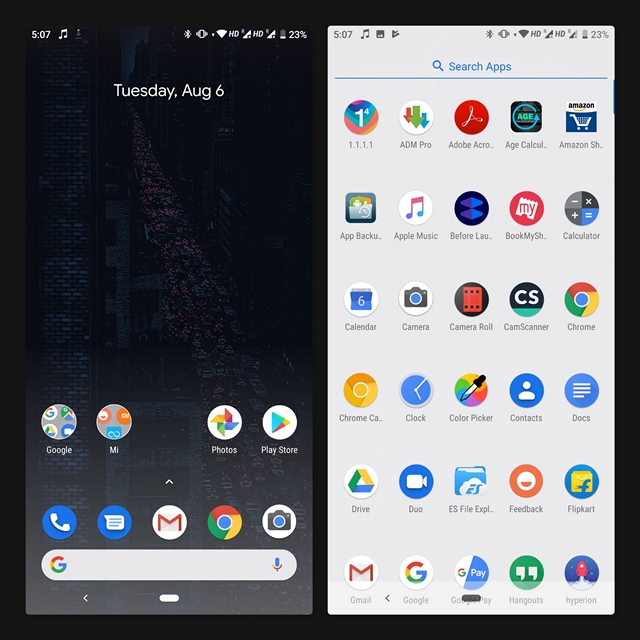 Before Launcher is the launcher you should choose if you want a minimalistic experience from your Android device. The app has a filtered notification tray that shows notifications from the apps you select. It also allows you to select the apps you need on the home screen. Swiping right will give you access to the entire list of apps. The most recent apps will be displayed on the top of the app list for quick access. You can also turn on incognito mode in settings to stop the app from tracking recently used apps. 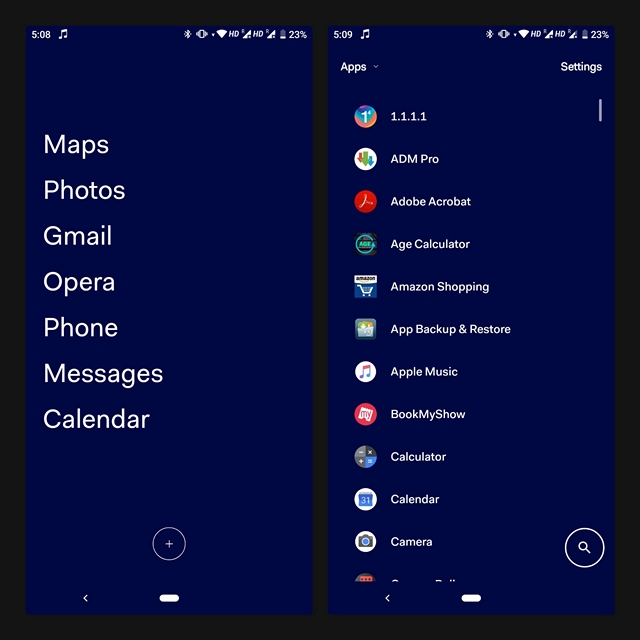 So, those were our list of Android launchers which we think you should not miss out. Do you have any similar suggestions? Feel free to leave them in the comments and let us know your experience using these launchers. 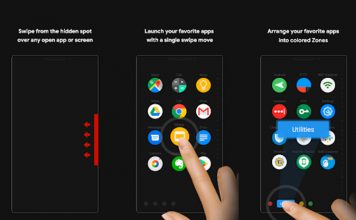 We have seen a lot of custom Android launchers that offer a completely different look &feel to your smartphone. However, there aren't many apps that...
Beebom Staff - Nov 9, 2019 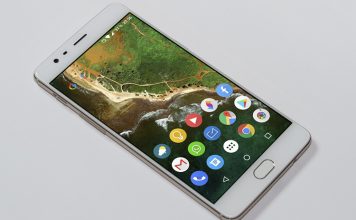 One of the main reasons I prefer Android over other mobile operating systems is its customizability. I mean, you can configure each and every...
Rachit Agarwal - May 28, 2018