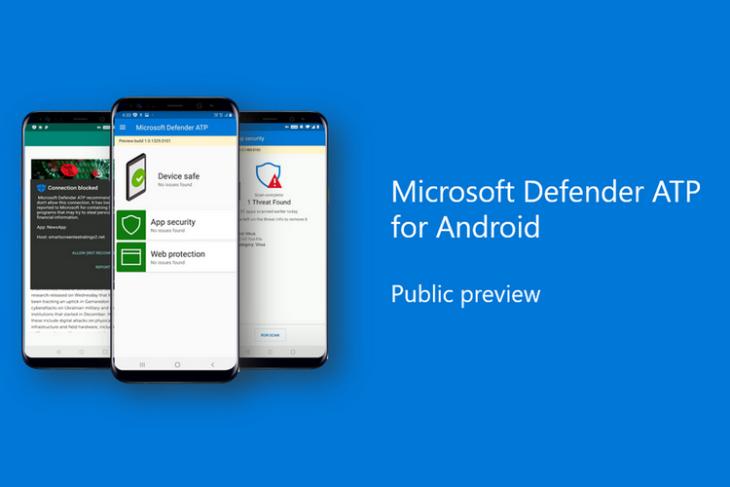 Microsoft has released the public preview of its cyber-security software on Android. Called Microsoft Defender Advanced Threat Protection (ATP), the software is aimed at enterprises rather than at end-users. According to the company, the app will help organizations protect confidential data from being accessed via unsafe devices. According to Microsoft, its security software will protect users by detecting insecure emails, applications and endpoints on Android.

In an official blog post on Tuesday, the company said that the software will offer protection against phishing and other online threats using deep-learning and heuristics. It will also offer malware scanning, and protect unsafe network connections from malicious apps and websites. In addition, the app will also offer network administrators the ability to restrict access to corporate data from devices that are deemed ‘risky’. “(This) will enable enterprises to secure users and data on their Android devices”, said Microsoft.

Microsoft earlier this year released the public preview of Microsoft Defender ATP on Linux. The development came less than a year after the company had launched its enterprise security software on Mac. The company had also announced that it was working on similar products for Android and iOS. Both will be launched by the end of the year, the company had said.

As part of its plans to offer endpoint threat protection on all popular computation platforms across desktop and mobiles, Microsoft dropped the ‘Windows’ branding from the product’s name in 2019, renaming it to ‘Microsoft Defender’ instead. As mentioned already, the ATP apps are part of Microsoft’s enterprise security program. So it’s not immediately clear as to when (or if) Microsoft will release an AV app on Android for general users.

Microsoft Is Working on a New Inter-Platform Defender App for Windows, Android, iOS