Skip to content
Home News Mastodon, a Twitter Alternative, Now Has an Official Android App; Check out the Details! 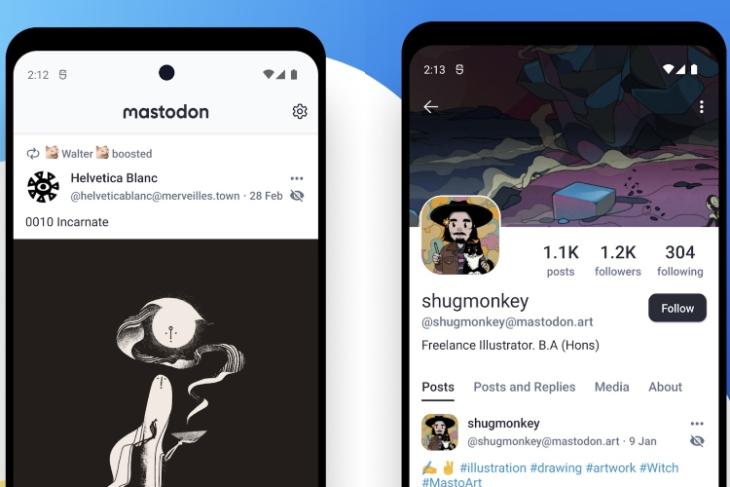 When we talk about Twitter-like social media apps in the market, Mastodon often comes up in the conversation. It has arguably been one of the best alternatives to corporate social networks in the recent past. So, after releasing its very own iOS app last year, the company has now released an official Android app on the Google Play Store. Here’s all you need to know.

Mastodon’s iOS app features a Twitter-like UI. You can log into any community, search for posts, receive notifications for new posts, send them to other members of the community, and experience the decentralized social platform on your Android device.

For those who don’t know, Mastodon is an open-source social platform that delivers a Twitter-like experience while being decentralized. The platform has an estimated user base of 4.4 million and lets users join communities to share their views and opinions and connect with others in different communities.

The platform uses the open-source ActivityPub platform, which has also been used by various other social media platforms such as PixelFed, an Instagram alternative. It also ensures user safety with anti-abuse features and allows for the limit of 500 characters, which is more than what Twitter has.

Coming back to Mastodon’s Android app, it has many features like the ability to sync to the system dark mode to automatically switch to its theme. However, there are a few limitations. For starters, the app cannot show the local or federated timelines, which are lists of posts from current and other known communities on the platform. For these features, the users will need to rely on third-party alternatives like Tusky on Android and Toot! on iOS.

However, if you are a Mastodon user and were eager for an Android app, you can now check it out on the Google Play Store. If you end up trying it out on your Android device, do let us know your experience in the comments below.