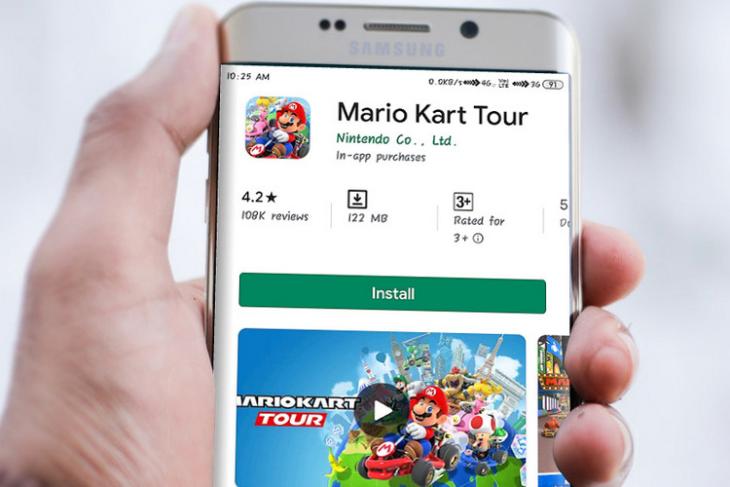 Originally announced in January 2018, the much-awaited mobile version of Nintendo’s iconic Mario Kart-series is finally available for download on Android and iOS. Initially expected to be released in the first quarter of this year, the game was tested as part of a closed beta program earlier this year, but it’s now available for download is 58 markets around the world, including India, Japan and the US.

While the game is free-to-play for casual gamers, it does come with a ‘Gold Pass’ monthly subscription of $4.99 that adds extra speed by unlocking a faster 200cc mode. The subscription also allows gamers to access to various in-game items, such as Gold Gifts, in-game badges and more. Gamers can try it out before making any payment, thanks to a two-week free trial for first-time subscribers.

While some of the courses in the game are inspired by real-world cities, others are classic Mario Kart courses that will be instantly recognized by ardent fans. The destinations will rotate every two weeks, which means the current location, inspired by New York, will only be available until October 9 before being changed for another city.

Users will also be able to unlock drivers, karts and gliders by using Mario Kart Tour’s in-game currency, Rubies, which can be earned though gameplay, as well as in-game purchase. The one notable absence, however, is support for multiplayer gameplay, even though the icon is present within the Settings menu. Thankfully, though, Nintendo says it will be ‘Available in a future version update’.