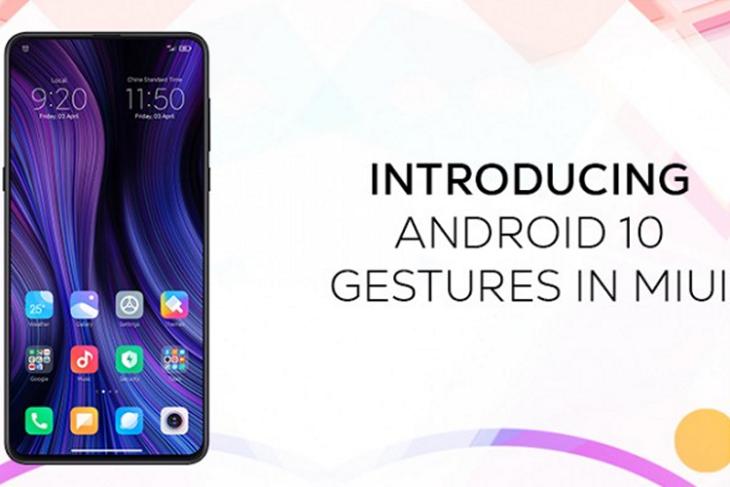 With gesture navigation gaining popularity as a more intuitive way of navigating the UI on touch-enabled devices like smartphones, tablets and convertibles, Xiaomi has finally started rolling out Android 10’s gesture control feature to the latest beta version of its MIUI China ROM for select devices. The functionality will also be available on the MIUI Global ROM “soon”, according to the company.

Xiaomi has seemingly added at least four different gestures as part of the update, and these should be fairly familiar to anyone who has used stock Android 10 devices. Firstly, while running any app, users can swipe up from the bottom to reach the Home screen on their smartphone.

Users can also see all the apps open on their device with the swipe-and-hold gesture. As seen in the GIF below, swiping up from the bottom of the screen and holding at the end of the motion will take users to the ‘Recent Apps’ screen.

Users can also switch between apps by swiping left or right from the full-screen indicator or the bottom of the screen.

Last, but definitely not the least, users can also navigate between pages faster by swiping left or right from the edge of the screen.

In order to enable gesture control on supported MIUI devices users will need to open Settings > Display, and then scroll down to tap on ‘Full Screen Display’. One can then simply toggle on the ‘Full Screen’ option to enable gestures. Do note that the feature is still under development, and Xiaomi says that users may face some lag in certain areas, but the company will, hopefully, rectify that sooner rather than later.