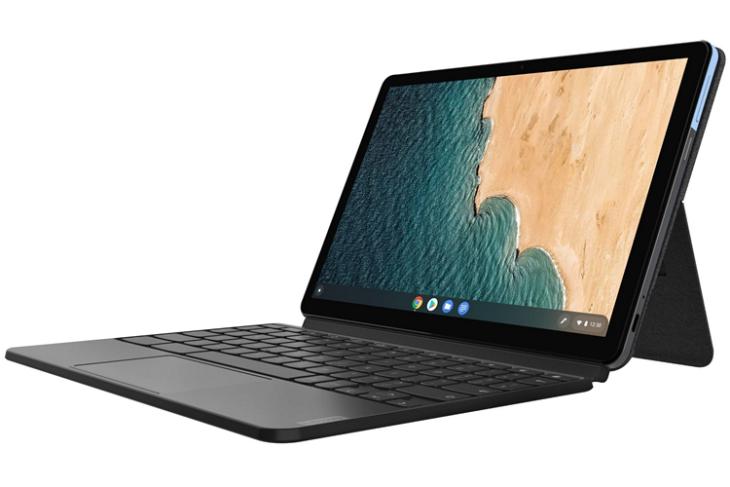 With touch-enabled Chromebooks like Asus Chromebook Flip, Samsung Galaxy Chromebook and the upcoming Lenovo Chromebook Duet starting to hit the market, Google is trying to make its laptop operating system easier to navigate using touch. As part of the plan, the company has rolled out Chrome OS 81 with support for Android-like gestures that the company says will make it simpler for users to navigate the UI.

The update also brings a redesigned dock that Google is calling the ‘Quick Shelf’, as well as updates to Chrome browser tailored specifically for tablet mode. Google has also extended the picture-in-picture (PiP) mode to all Android apps, including YouTube, Prime Video and Hulu, on Chromebooks.

Google has added at least four new gestures to Chrome OS 81. First off, users can now swipe up from the bottom of the screen to get to the Home screen on their Chromebook, as seen in the GIF below.

Users browsing in tablet mode can also navigate between web pages faster by swiping from the left side of the screen to go back to the previous page.

The fourth and final gesture is a small swipe up from the bottom of the page while on the Home screen to bring up the Quick Shelf with all the docked windows and apps. The redesigned shelf is now more compact to leave more space for multi-tasking with multiple windows.

Last, but definitely not the least, the update also brings what Google calls a ‘a touch-friendly tab strip’ while in tablet mode. The new feature will show bigger previews of the open tabs and enable users to open a new tab with a big “+” button. It will also support dragging to reorder tabs and a swipe-up gesture to close tabs. This new feature will be first available on the upcoming Lenovo Chromebook Duet before hitting other Chromebooks in the coming months.