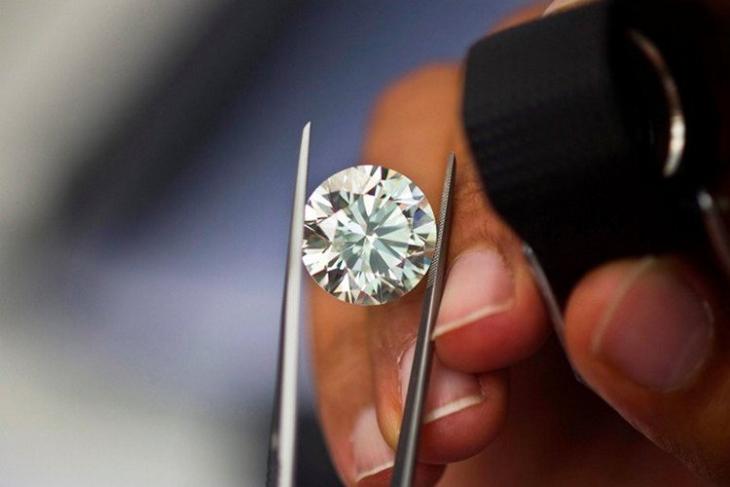 Some day in the not-so-distant future, synthetic diamonds may well replace natural ones, a notion that most in the industry would have laughed at a few years ago. While the technology to grow diamonds in the lab has existed for years, it is only now that they are becoming financially viable, although, natural diamonds are still said to account for more than 99 percent of all diamonds sold around the world.

Even in artificially-produced diamonds don’t outsell natural ones, they are likely to be have a higher market share than currently. It is believed that a quarter of all diamonds sold today are ‘blood diamonds’ ot those mined by oppressed child slaves and used to finance brutal civil wars in many countries in Africa. Given the obvious ethical benefits, there’s been a huge effort to make synthetic diamonds of the same quality, but there’s a long way to go.

That could change significantly in the near future, with the market for synthetic diamonds expected to rise to 20 million carats by 2026. US retail giant Walmart and Warren Buffett-owned jewelry retailer Helzberg Diamonds are just two of the several prominent outlets that are starting to store lab-grown diamonds, and more are expected to join the party going forward.

It’s important to note here that these lab-grown diamonds are the real deal in terms of their physical characteristics and chemical makeup. They are made by a process called Chemical Vapor Deposition, or CVD, by using a carbon ‘seed’ – a tiny piece of diamond – in a vacuum chamber filled with a carbon-rich gas like methane (CH4), which is then heated to extreme temperatures to produce a glowing plasma ball.

The gas is then subjected to microwave radiation, which then energizes the plasma, breaking the methane molecules apart and allowing the now-free carbon atoms to crystallize and accumulate on the diamond seed, one atom at a time. The growth happens painfully slowly, which means the process to produce a big enough diamond can take several weeks, but you do end up with a ‘real’ diamond that passes the all-important ‘Raman Effect‘ (or Raman Scattering).

Just to be clear, diamonds grown this way may not be natural, but they are qualitatively almost indistinguishable, and are miles apart from the cheap, dime-a-dozen cubic zirconia imitations that look and feel nothing like the real thing. However, natural and CVD diamonds are not identical, and they do have some different characteristics that can tell them apart, which require lab tests.