As part of the new year celebrations, the very first release candidate of Kodi’s latest v17.0 “Krypton”, named after Superman’s home planet, has just arrived and it brings a slew of cool updates that users have been waiting for. Unlike other releases, Krypton brings an interface overhaul to the very popular open-source media center software and much more. While the final release of Kodi v17 is scheduled for early 2017, it should be almost identical to this RC release. So, if you want to know what’s new with Kodi v17 Krypton, we have you covered. Here are all the changes and features Krypton brings:

We have always known Kodi to come with “Confluence” as the default skin and while it makes up for a functional interface, it’s not very appealing and looks outdated. Well, that changes with Krypton, which brings a brand new theme dubbed “Estuary” and “Estouchy” (for touch-enabled devices).

Thanks to the new skin, the interface looks a lot more modern and clean. The home screen now features a sidebar on the right, which houses different options like TV Shows, Music, Music Videos, TV, Videos, Pictures, Add-ons, Radio, Weather, Favorites etc. It also features the power, settings and search icons on top. Plus, all the pages look a lot modern with more clean & flat icons. 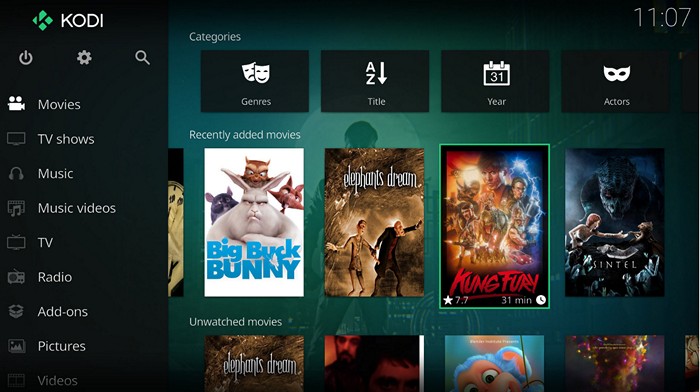 I certainly like the new interface and the fact that now, there are different options for TV Shows & TV, Videos & Music Videos etc. Overall, it’s a lot better than Confluence but if you’d still like to have that theme, it’s available from the Kodi repository.

If you always felt confused or overwhelmed by the Settings page in older Kodi versions, you’ll be glad to find a brand new Settings page in Kodi Krypton. Sure, the options and the default style remain the same, there are some great changes. With the new update, the different options are better grouped and the help text that explains what an option does, is a lot more understandable. When you first open up settings, you will see different settings categories presented in a way better style than previous Kodi versions. 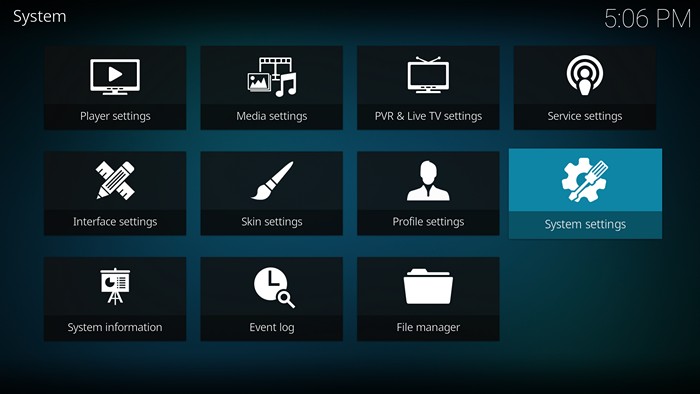 The “System Settings” page kind of remains the same but the interface and option explanation are better. To sum things up, the new Settings page is much appreciated because it makes finding different functions a lot easier. 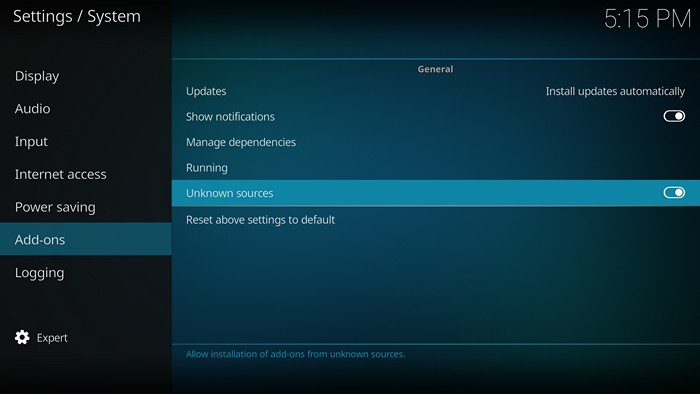 The real power of Kodi comes from the various official and third party add-ons available for it. These extensions improve the functionality of the media center platform by leaps and bounds. While Add-on Manager has been part of Kodi since v10, it’s only now that it has gone through a major overhaul. The new Add-on Manager makes updating add-ons a breeze and thanks to the new Estuary skin, it all looks great. 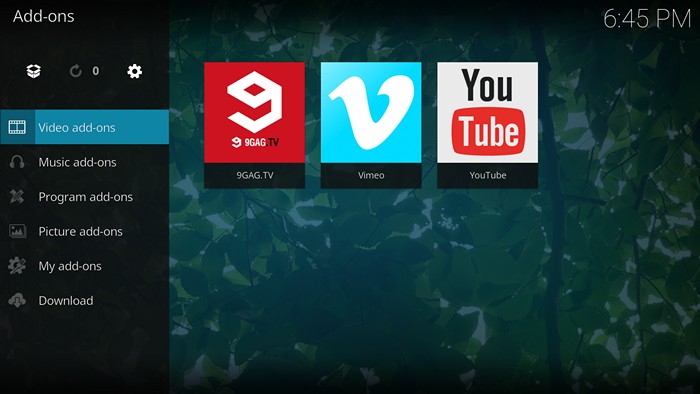 The first major change is the fact that by default, Kodi does not let you install third party add-ons or repositories, owing to privacy issues but you can enable “Unknown sources” on the Add-on Settings page. Another change I liked is the addition of the “Recently updated” option in the Add-on Browser page. This should come in handy, if you want to be aware of the updates to your favorite add-ons. 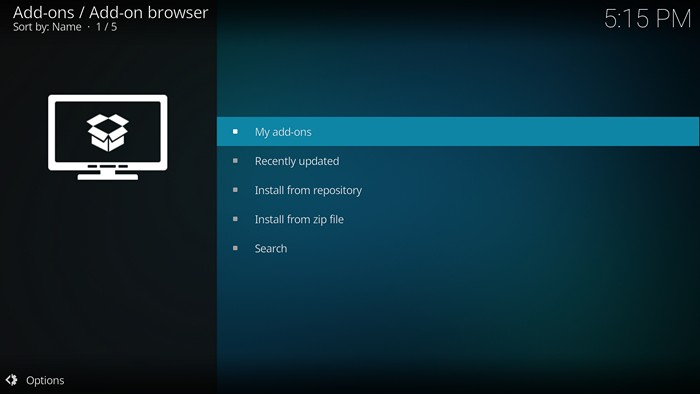 The PVR (Live TV and video recording) abilities of Kodi are commendable but its setup is pretty complicated. As you might have guessed, its setup has been made easier with Kodi v17.0 Krypton. With the new update, once you have configured and enabled a PVR add-on, you are good to go. No more complicated options but you will obviously have to set up PVR backend aka server first. Moreover, various functions of PVR like switching channels, recording timers, EPG etc. have been stabilized and improved. 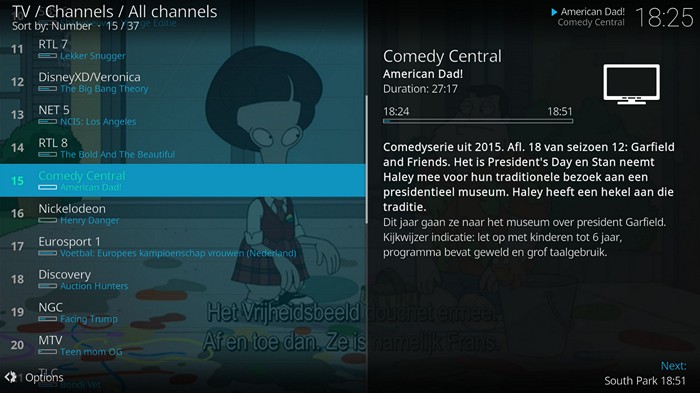 While the music library in Kodi has improved over the years, it’s still nowhere close to how we would like it to be. Thankfully, Krypton brings some decent improvements to the music library in Kodi. With the new update, tag reading & scraping is better and the handling of albums & artists is also better, thanks to adding artist role handling. There’s also support for mood-based playback, so if you have music files that come with moods, you can play music based on the mood in Kodi. 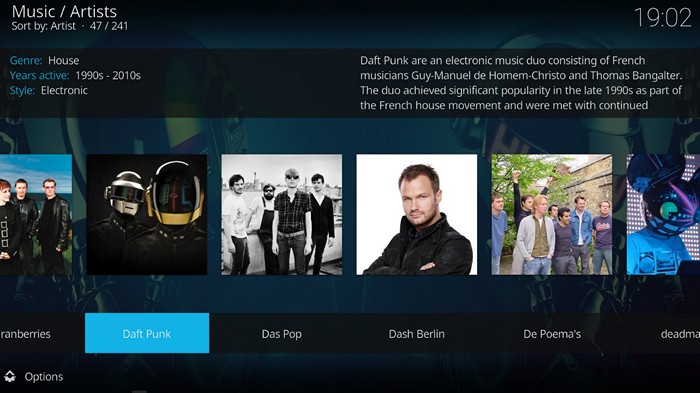 Kodi has always featured a decent video player but it has always been known as the DVDPlayer and while it’s good, it’s a bit clunky at times due to old code. Well, the developers have now taken away DVDPlayer and brought about the brand new Video Player, which kind of looks and feels the same but there are a ton of under the hood changes. When it comes to use friendly features, there’s “Video stream selection“, which lets select a different video stream quickly, be it for better quality or just a different language. 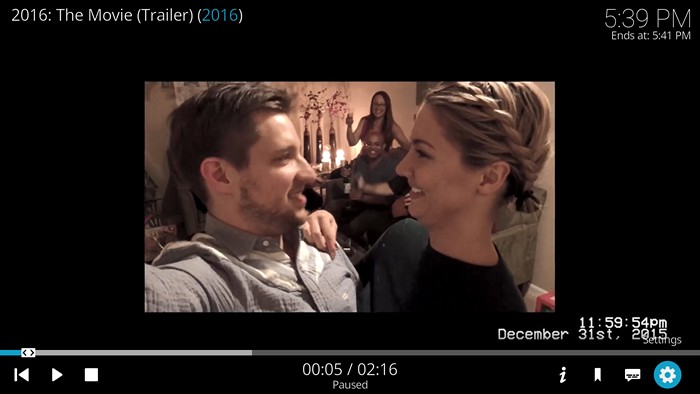 Then, there’s also the new “Input Stream add-ons“, which lets natively written add-ons to give the control of the video stream quality to Kodi. Now, this should make up for a better video streaming experience on Kodi. 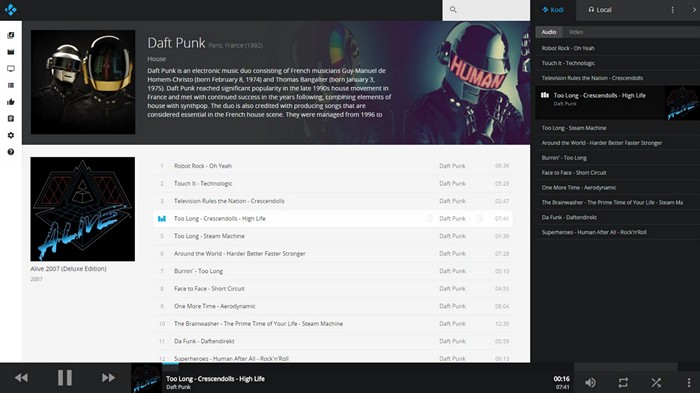 The Kodi app on Android might be a little low on development but it’s still an app that many people love and it’s about to get better with the latest update. Along with the new Estouchy skin for touch-based devices. The update brings improved audio support, with passthrough for DTS, DTS-HD, DTS-X, Dolby TrueHD and Dolby ATMOS working fine on the new version of the app. Also, the Kodi Android app has now moved to Android MediaCodec standards and the new update is only available on Android version 5.0 and above.

Kodi recently arrived at the Windows Store for Windows 10 users, as a desktop bridge UWP app and it has been updated to v17.0 Krypton. While it’s identical to the version that you can download from Kodi’s website, it brings a few benefits like automatic updates. So, if you are not able to get the Krypton version of the app from Kodi’s webpage, you can get it from the Windows Store with ease. 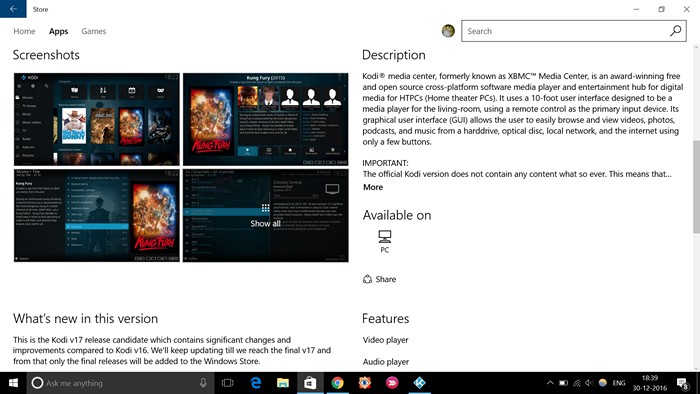 Other than the aforementioned updates and changes, Kodi now supports game controller add-ons, which means you no longer have to configure add-ons through XML files, which was certainly a pain. Also, the media center now includes 3dlut and simple ICC linking support for color correction.

The new update also includes an updated privacy policy, which tells you about how Kodi takes info from users and what it does with them. Kodi also claims that they are committed to stay transparent and open.

SEE ALSO: How to Setup Kodi on PC or Mac: A Complete Guide

While these are all the major changes that Kodi v17.0 Krypton brings, more features might be added when the final release arrives. Don’t worry, we’ll make sure to update this page with the latest changes. Also, if you have come across any bugs and want to get a quick fix, you can download Krypton’s nightly builds, which come with the latest bug fixes. Well, that was all when it comes to the latest Kodi update. Do let us know how you like it in the comments section below.