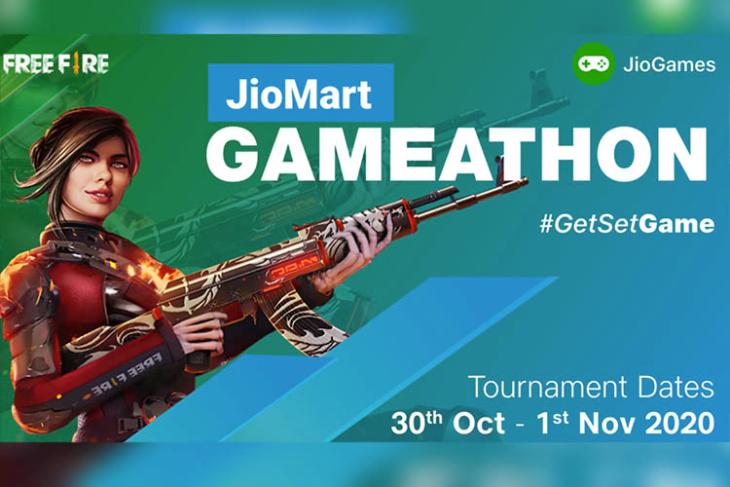 Reliance Jio is making a foray into the world of eSports and online gaming tournaments. JioMart has announced the ‘Gameathon’ event where it will be hosting a Garena Free Fire tournament.

The JioMart Game-a-thon is all set. Get your gaming hats on and begin this incredible run for the FreeFire tournament. Register now with your squad! https://t.co/5K4XjtmvFB

Moreover, since PUBG Mobile has been banned, this tournament can help highlight and advertise Free Fire — one of PUBG Mobile’s biggest competitors and definitely a game that’s hoping to fill the void left by the PUBG Mobile ban.

The tournament will see qualifier rounds starting from October 30, followed by quarter finals, semi finals, and grand finals on November 1. More detailed rules and regulations can be found at the registration page if you’re interested in entering the tournament with your squad.

By the way, if you are entering this tournament with your squadmates, be aware that if you do end up winning, Jio will be giving the reward money in your JioMart wallet which is just a little sad, at least to me.