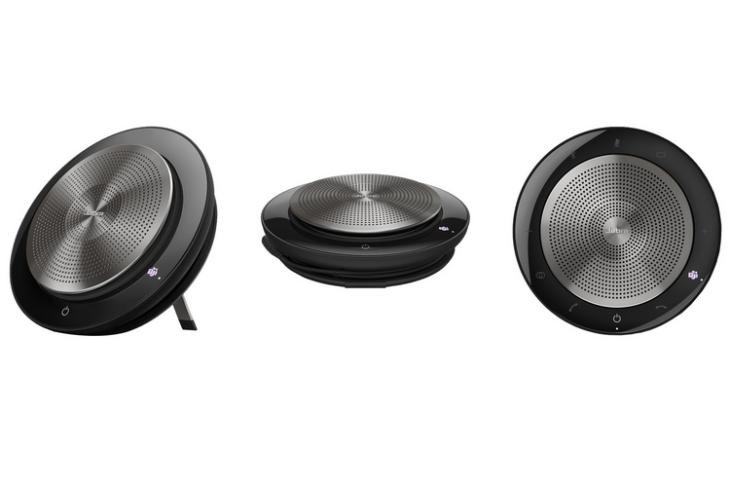 Danish audio equipment company, Jabra, has launched the ‘Speak 750’ professional speakerphone in India. In an official press release, the company said that the latest addition to the ‘Speak’ series will support “flexible work environments, elevating conference calls whether in the office, at home or other remote locations”. The company further claimed that it is able to pick up sounds seamlessly, allowing everyone in a room to speak and be heard simultaneously even while social distancing.

The device features a 360-degree, omnidirectional microphone that the company claims can pick up sound from up to 7.5 feet away with echo and noise cancellation to help ensure clear conversations. It has a frequency response of 150 Hz to 20 kHz when listening to music and the ability to link a second Speak 750 for stereo sound. Its rim has volume, call and mute controls alongside a programmable smart button that can be set to speed dial a contact or launch a voice assistant.

The Speak 750 UC variant is compatible with all leading Unified Communications Platforms such as Cisco, Avaya, Microsoft and others. According to Jabra, the device will ensure fewer interruptions and enable better conversations, thereby helping businesses with effective collaborations while boosting unified communications (UC) adoption through superior call quality.

The Jabra Speak 750 connects to computers through its built-in USB Type-A cable. It also supports Bluetooth connectivity for wireless connections. The company claims a battery-life of up to eleven hours of talk-time on a single charge that takes around three hours. It will be available in India at a price of Rs. 40,996 through Jabra’s authorized resellers and on the company’s own official web-store.